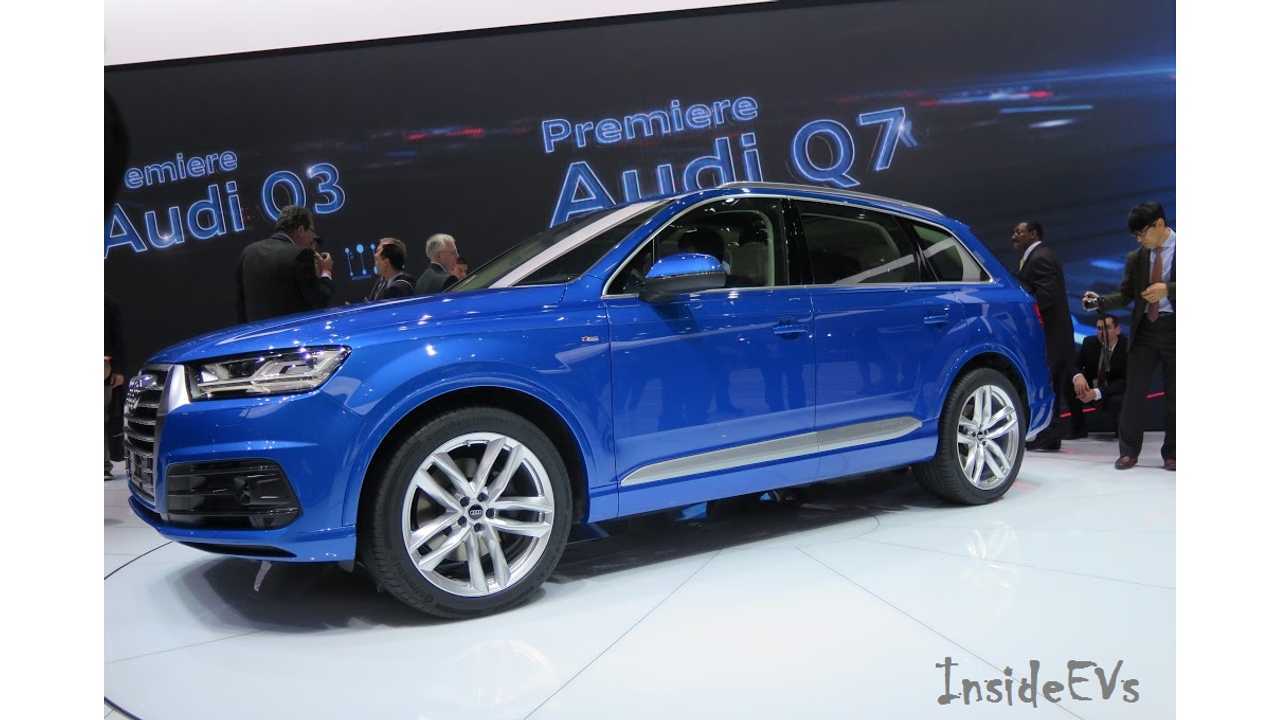 The upcoming 2016 Audi Q7 e-tron will have an available wireless charging option for those who desire this feature.

For plug-in hybrids, like the Q7, that offer a shorter range on electric, this may be a valuable feature, provided that it's not too costly and efficiency/output is sufficiently high.

“It’s not so convenient today to take a cable and plug it in and repeatedly for some people.”

“In my own garage, I sometimes have to go around the car with the cable or over the car and around the tools to get to the plug-in point, so I know we have to hurry with inductive charging.”

In regards of the Q7 e-tron, he added:

“It will be available in the Q7 e-tron TDI as an option and the convenient part is that whenever the car is parked in your garage, it’s effectively plugged in. And we’re not far from the time when the car will park itself, so it’s perfectly aligned with the induction plate. Our system will start with 3.6 kW of charging and it will go to 7.2 kW soon, and there are ideas to go higher.”

While we agree with Hackenberg's comments, the downside is the package's availability early on; however, the pricing seems reasonable.

The cost for this wireless charging system is claimed to be ~ $1,000 USD, and so far, it will only be offered for European Q7 buyers.

The US will not be getting the 3.0 TDI diesel engine version of the Q7 e-tron. Instead, it will have a 2.0L turbocharged gas engine.

We can only imagine that the US will have a wireless charging option at some point as well, based on Hackenberg's stance on this subject.