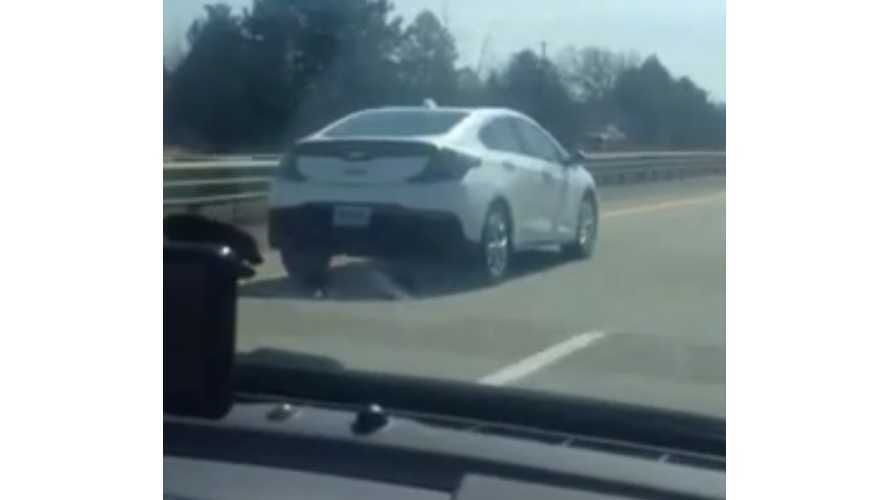 The 2016 Chevrolet Volt won't be in customer's hands until sometime around September, but with preproduction cars already built earlier this year, it was only a matter of time before they were spotted in the wild around their Milford Proving Grounds in Michigan.

InsideEVs reader Dan L. sent us in this video of the next Chevy Volt out testing 20 miles north of GM's facility.

Fun Bonus: The raw video footage was taken from the front seat of a 2013 Volt.

Although not seen really in the video, Dan adds that the "black car in the distance (behind the 2016) is another Gen 1 Volt.  For a short period, we had 3 Volts in a row traveling south on US-23."

GM states that the 2016 Chevrolet Volt will achieve an estimated EPA rating of 50 miles of range from a larger, but lighter 18.4 kWh battery. Extended range fuel efficiency is 41 mpg (combined city/highway), with an overall 102 MPGe rating.  0-60 comes up in 8.3 seconds.

Our thanks to Dan L. for sending the above video in!