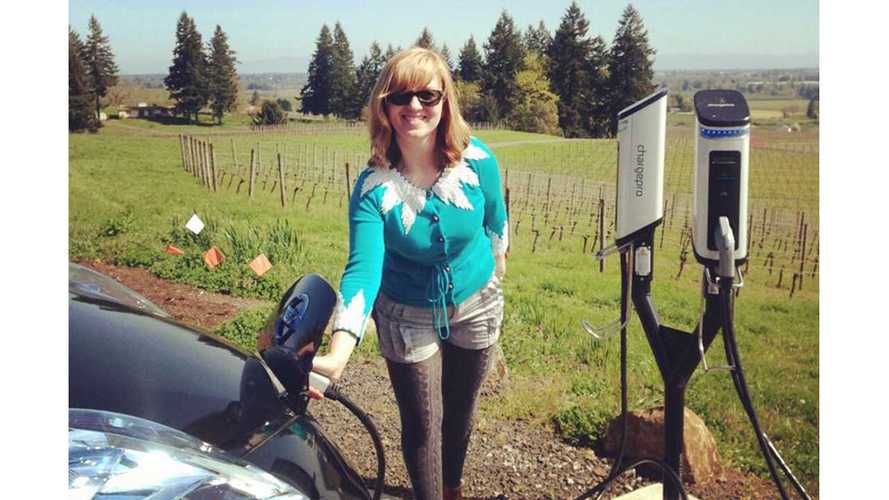 “The unique position was created within the Oregon Department of Transportation (ODOT) to promote the sale and use of electric vehicles (EVs) in the state, a position Horvat took after the governor’s office determined the work she was doing in that space was crucial enough to warrant a dedicated, long-term position.”

It was 10 months ago when Horvat stated that her position as Oregon's Chief Electric Vehicle Officer would likely be temporary.  Here reasoning was that private industry would soon assume her role of promoting electric vehicles.

Apparently, private industry is at the point of taking over Horvat's role, as she has stepped down from her position to take up a job at PlugShare.

According to Biz Journals:

"She'll depart her position as the state's Chief EV Officer, accepting a new position as PlugShare's vice president of strategic initiatives in California."

Horvat released an announcement on the move:

"The West Coast Electric Highway is “complete” (44 fast charging stations spread throughout Oregon connecting to our neighbors in WA to the north and soon to be in CA- all 363 miles of Oregon Coastline and I-5, with connecting corridors throughout Oregon are now EV ready – I finished the 44th Brookings location just in the nick of time at the end of March). But of course, the work has only begun…we need more well-planned, strategically deployed chargers. The Oregon Electric Byways adventures continue, so stay in touch and we can continue to tell that story of EV tourism. Plug & Pinot continues to grow, with more and more Oregon Wine Country businesses joining the alliance and the second annual event scheduled for this June (stay tuned on the Facebook page for more details). We crafted an 8-State ZEV Action Plan and laid a blueprint for the future of EVs. West Coast Electric Fleets hatched. EV partnerships that cross several sectors abound. The EV market is growing rapidly and I look forward to working together to keep up the momentum. I hope the foundation I laid with all of you while working for the state provides the needed structure to erect new programs and initiatives upon."

We wish Horvat luck in her new position.