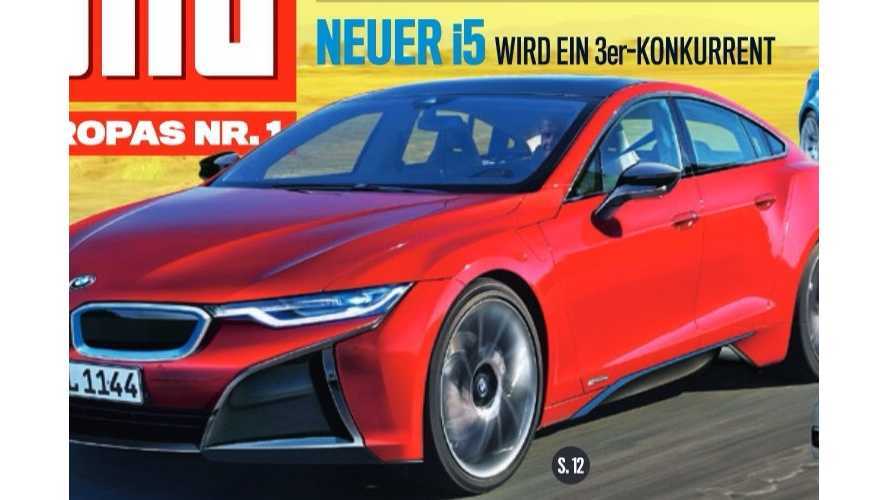 The latest edition of German magazine Autobild talks about the highly and long-time rumored BMW i5. The third model graduating from the i sub-brand has been the topic of many conflicting reports in the last year; some pointed to an imminent release to compete with Tesla while more recent ones said the car won’t arrive until at least 2020.

The drivetrain has also been the subject of many speculations, we’ve heard them all, from a fully-electric platform to a hybrid and even hydrogen-powered. Autobild now seems to believe the i5 will be a plug-in hybrid using the eDrive technology BMW has previewed last year in a 5 Series GT Concept.

*Editor's Note: This post also appears on BMWBLOG. Check it out here.

The naming convention is also not final, but for now we will stick to the i5 nomenclature. The plug-in hybrid is said to be based on the long-version of the 5 Series Sedan which is built for the Chinese market, with design lines from the upcoming 7 Series and the proportions of a 6 Series Gran Coupe. Propulsion will come from a gasoline engine with 218 hp and two electric motors at the front (150 hp) and rear (272 hp). The system output of 640 hp is likely to force the passengers into the seats in the sprint to 100 km / h.

BMW i5 Article In AutoBild

The purely electrically drive of the i5 is said to be up to 125 kilometers (78 miles). During normal operation, the combustion engine can be switched from a speed of 60 km / h when the driving noise is at times louder than the engine. BMW wants with the i5, especially in China and North America. 30,000 vehicles are planned per year. Autobild speculates the price for the i5 will probably be around 100,000 euros.