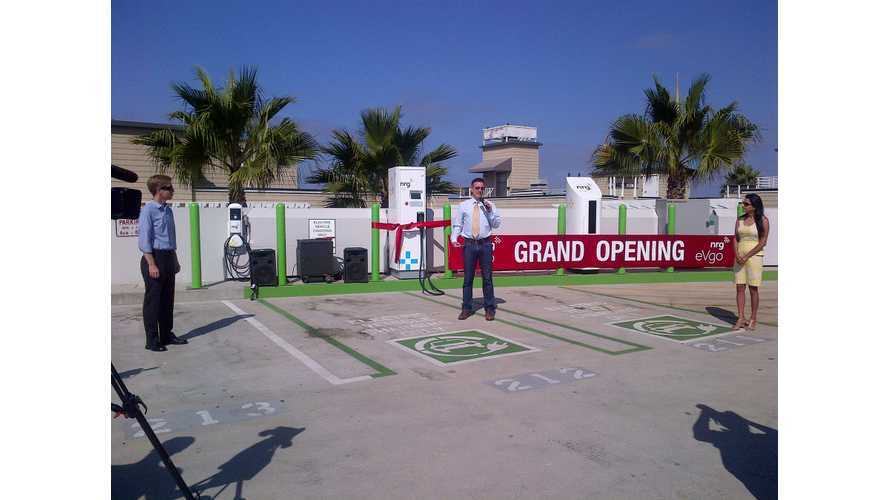 Los Angeles is already one of the nation's electric car hotbeds, but the city hopes to lead the U.S.' electric car charge by implementing new plans.

Last Wednesday, Los Angeles Mayor Eric Garcetti "released a broad-ranging plan that outlines his vision for environmental goals and programs in Los Angeles over the coming decades," according to the LA Times.

The report lays out plans for increasing electric car and solar power usage.  Among the electric car plans is a goal to have 1,000 electric car chargers installed in the greater Los Angeles area over the new two years.

"The report calls for a 25% reduction by 2035 in greenhouse gas emissions generated by the transportation of goods at the Port of Los Angeles. It also envisions the installation of 1,000 electric vehicle charging stations in two years (about 100 of those would be on city property). One change will take effect quickly as Garcetti appoints 22 sustainability officers in various city departments who will report to Petersen."

These targets/goals are mostly only on paper and in the preliminary phases at this point in time.  Eventually, the mayor hopes to get hisplans approved and funded.  The report laid out by the mayor is just a first step towards adoption and achieving far-reaching targets.