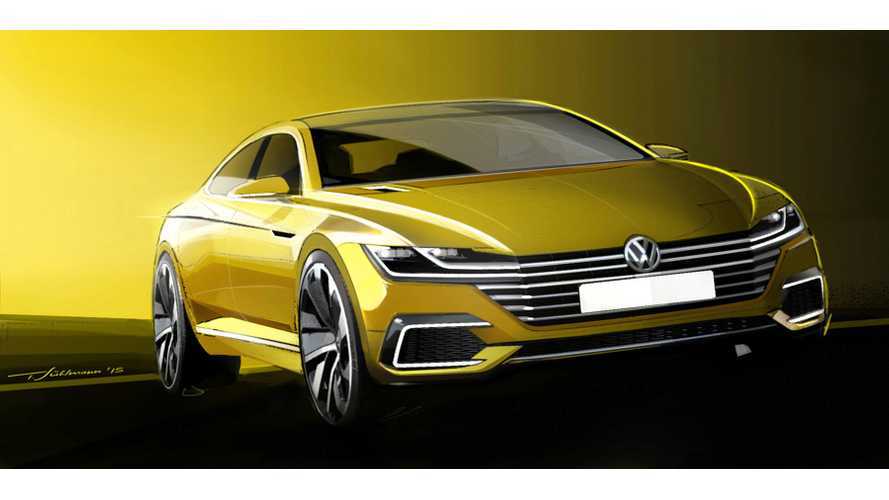 Volkswagen will present at the 2015 Geneva Motor Show a concept four-door coupé, a vehicle which is probably more a design exercise than an indication of a new plug-in production model, though maybe VW will prove us wrong.

The Sport Coupé Concept GTE is a plug-in hybrid with a TSI engine and two electric motors for AWD capability.

There are not much details for now, but the sketches sure do look sweet.

"Evolution and revolution come together in the Sport Coupé Concept GTE. This concept is based on Volkswagen design DNA, which has been visibly sharpened even more. It shows how fascinating the highest-volume brand of our Group is shaping the immediate future."

"This concept car is a breathtakingly dynamic coupé unlike any other to appear in this class. In the design of the Sport Coupé Concept GTE – that is, in the style of an exclusive sports car that is enriched by the added functionality of a large boot lid and the interior space of a four-seater – we see an impressive alternative to the classic saloons of the B and C segments."

Klaus Bischoff, Head of Design of the Volkswagen Brand, adds this:

"The Sport Coupé Concept GTE is another milestone of expressive design. Unmistakably reinvented, from the first to the last stroke. A stylistic compass. In this concept car, Volkswagen is not only presenting the new design of a new model, but also initial glimpses of a new design era."