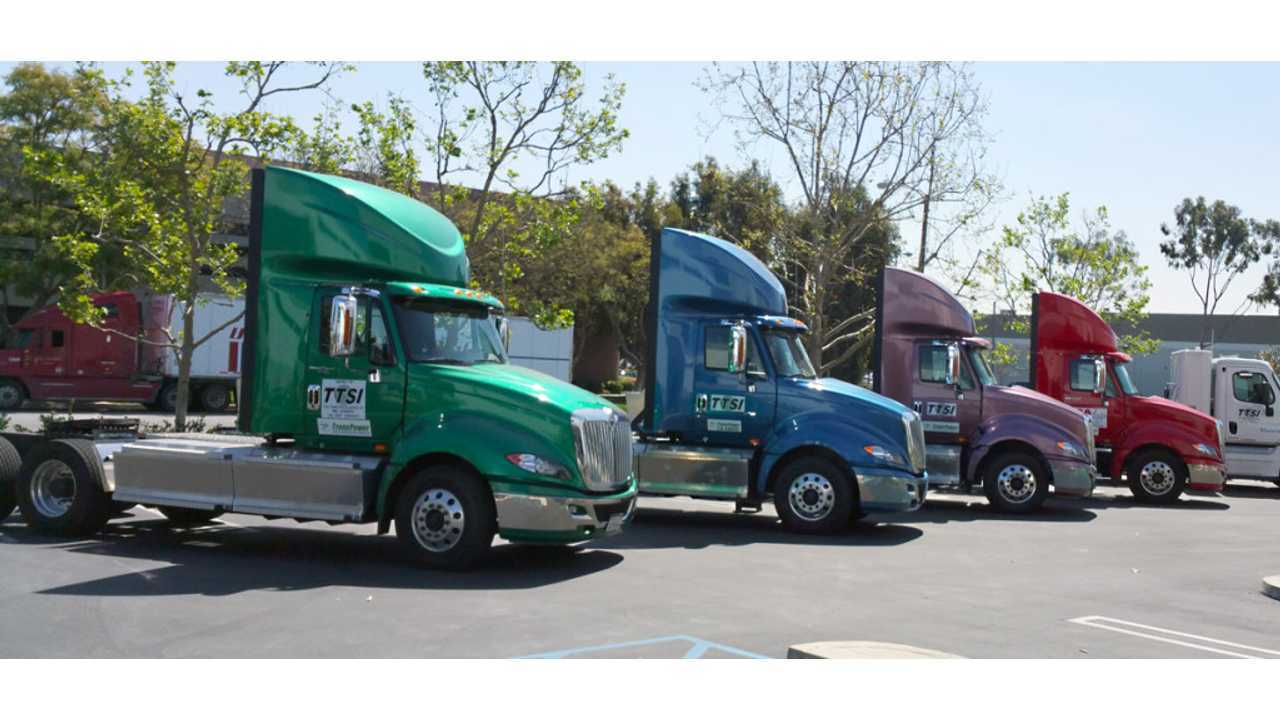 Transportation Power (TransPower) offers converted electric-drive Class 8 trucks with a hauling capacity of up to 80,000 pounds.

ElecTruck has range of 60-120 miles on a single charge "under normal operating conditions."

There is also a range extender option with expected range of 200 miles.

The first four trucks presented above were built for test and demonstration purposes, partially funded by the California Energy Commission.

In March, the company announced that it received funding for three new trucks and tractor demonstration projects: 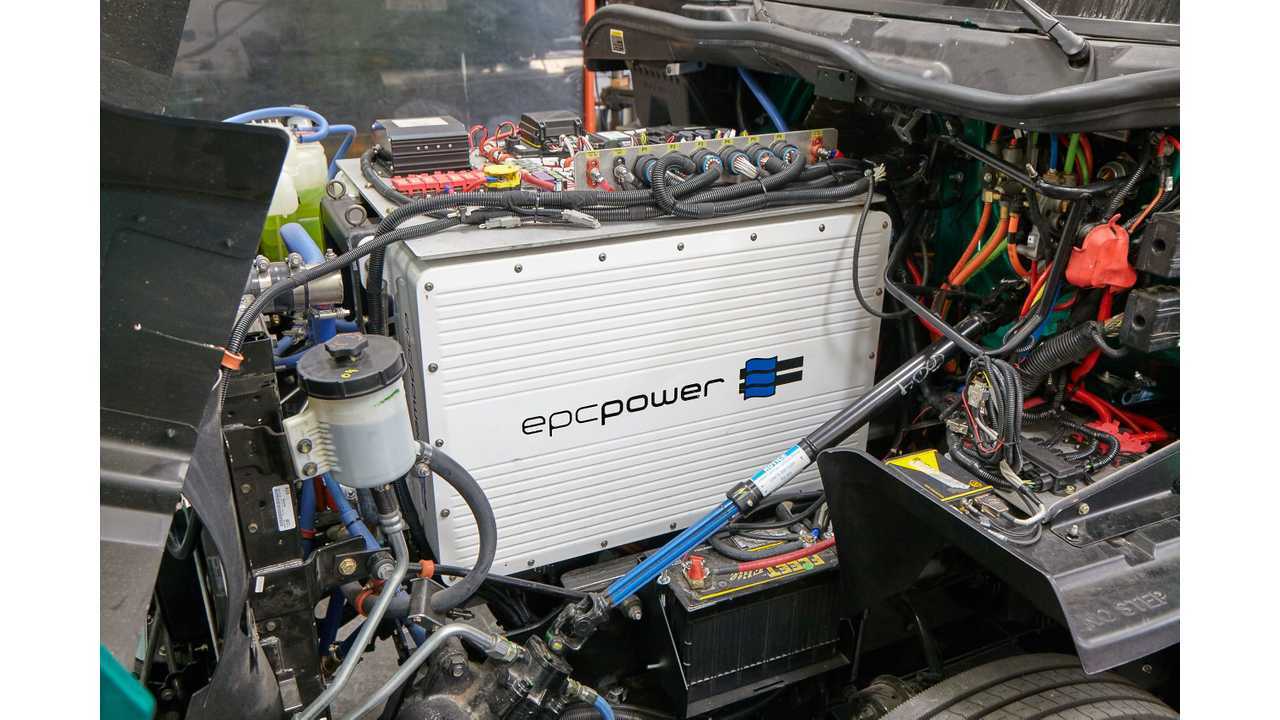 Here is video of the truck in action in Long Beach, CA: