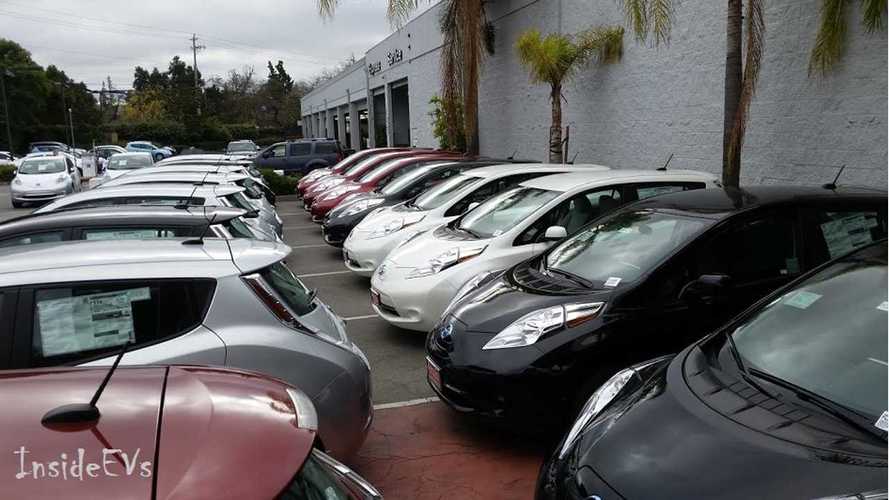 The Nissan LEAF Faced Some Re-Sale Headwinds In March

While most of the time we concern ourselves with what the latest retail pricing is on EVs - and how well they sell, it is also good from time-to-time to check in on the used market too.

Just Take Your Pic (Image via Scott F for InsideEVs)

According to Cars.com's recent survey, the Nissan LEAF, which faced a lot of new model anticipation and retail discounts in March, got hit hard on re-sale valuations:

"Average asking prices for used Nissan Leaf electric cars fell 4.4 percent to $15,238 in March. That's $700 less than at the beginning of the month. At the same time, the average price for all late-model used cars edged up slightly to $23,215, a gain of 0.6 percent."

Cars.com further states that since the start of the year, only the GMC Savana 2500 has depreciated more than used LEAFs - the EV has fallen 9.8% YTD.  The Nissan LEAF was the only electric vehicle on this month's list.

To be eligible for the list, more than 250 vehicles have to be in Cars.com national search inventory, so the sample size is not small.  We should also note that the sampling is taken from 2012 to 2014 cars.

As always with electric cars, to accurately gauge true depreciate to the owner overall, one has to reduce the starting MSRP anywhere from $7,500 to $13,500 depending on the EV, and the point of sale state.

Looking at it another way, the Nissan LEAF which has an average new transaction price around $32,000, has a net cost to the consumer of between $18,620 and $24,500.  So, a $15,238 used price would still represent a pretty decent residual compared to a gas vehicle overall.