2016 Chevrolet Spark EV To Be Available In Ontario, Quebec And B.C., Canada 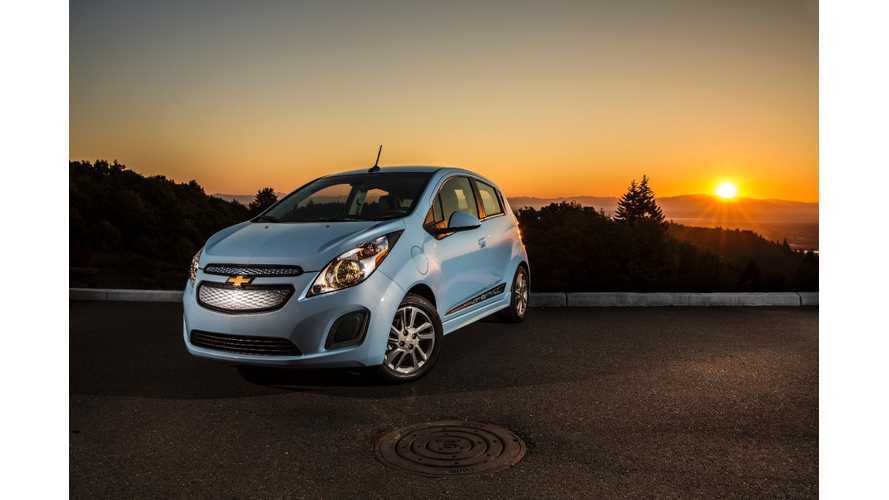 The 2015 Chevrolet Spark EV was just made available in its third state this month in the United States (Maryland, California and Oregon), now General Motor's tiny EV will be available in three provinces too, at least once the 2016 model year launches later this year.

Unlike The Chevrolet Volt, The Spark EV Can Charge Via L2 And DC Fast Charging (CCS)

The Spark EV had previously only been available in Canada over the past 2 years to fleet customers, and from select dealers; however many used copies had been showing up on the market of late.

“We’re expanding our electric vehicle offerings to our customers by offering the 2016 Spark EV for retail sales in the growing EV markets here in Quebec as well as in Ontario and BC,” said Chris Hay, regional director for Chevrolet.

“For city residents whose transportation needs can be met with an all-electric vehicle, Spark EV builds on Chevrolet’s proven electric motor and battery development programs from the Chevrolet Volt.”

General Motors has yet to disclose pricing on the 2016 Chevrolet Spark EV in Canada or the United States.

The company also has yet to announce when the 2016 Spark EV will be available in either country, as it will not be getting the new model refresh that its petrol brother will receive next year.

Instead the 'old' Spark EV will be produced simultaneously with the 'new' standard spark; at least for a little while, as a GM spokesperson alluded to InsideEVs from the New York Auto Show this past month.

"The Spark EV will continue on the current generation Spark platform until its already scheduled end of production.  We will not provide any additional details on timing of a replacement at this time.”

According to our sources, General Motors has scheduled the 2016 Spark EV to return to production at its South Korean production facility in early August.

We predict GM will make as many as they believe they will need to in order reach production of the new, 200 mile Chevrolet Bolt in October of 2016 late this summer, then turn off the Spark EV's line forever.  Look for the 2016 Chevrolet Spark EV to land at US (and possibly Canadian dealerships) in early October.