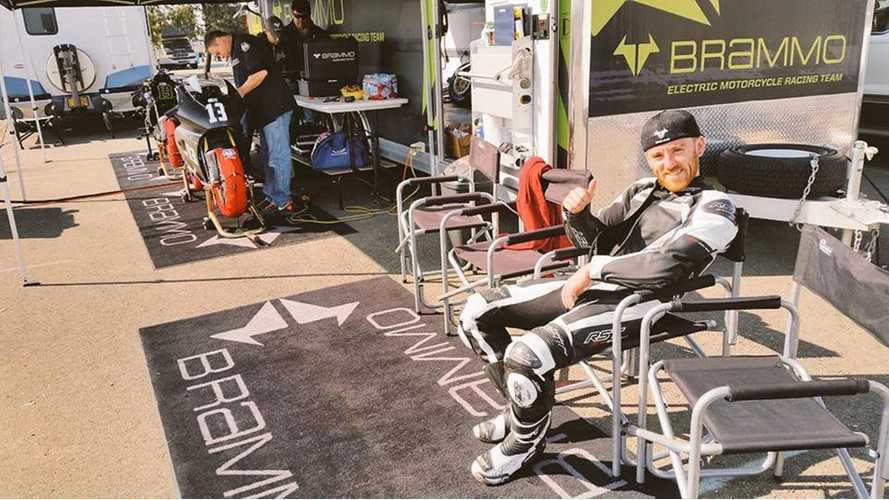 Not ones to spread internet gossip, but still, we do love a good story, we stumbled on this post from Moto Elettricheblog's Facebook page, with the comment (horribly translated from the original Italian): "After the tweet goliardico of Lee Johnston in which showed the congeniality of the californian sun, in the company of a empulse ttx and " apparently " a empulse rr, sbeffeggiando his colleagues forced to ben other climate, it is unleashed a tamtam on the web that has brought To the conclusion that the American company is going to get back at the races exploiting the stage of the 2015 edition of the tt zero."

You can find Johnson's original tweet and some of the conversation here, but we went on to see a post on Asphalt and Rubber: Is Brammo Racing at the Isle of Man TT?.

Questions abound.  Considering their last performance in '09 (3rd place finish at 75mph lap speed), the current state of the art, and the as-yet-unknown intention of the Polaris owners of the motorcycle business that was formerly Brammo's in this whole thing and add a healthy $12.5 mil influx of cash post-Polaris acquisition, our heads are spinning with the possibilities.  ...and who can wait until the end of June to find out?

And what would this racing thing be without some good drama and rumors?