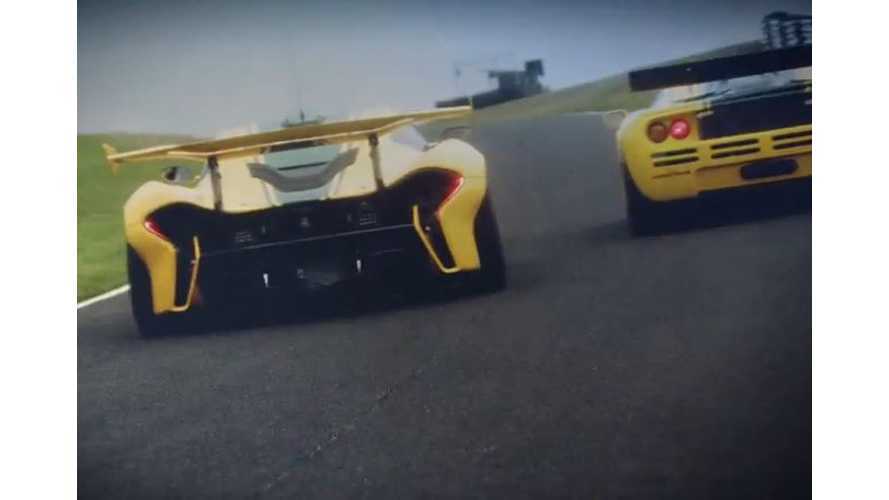 Set to debut at the 2015 Geneva Motor Show on March 3, the McLaren P1 GTR represents the future of plug-in hypercars.

In this video, the P1 GTR meets the equally spectacular (in its day) McLaren F1 GTR:

"Two decades after the McLaren F1 GTR swept the board at the 24 Hours of Le Mans, the McLaren P1™ GTR will debut at the 2015 Geneva Motor Show in production form. The striking track-only model is finished in a livery inspired by one of the most iconic colour schemes of modern-day motorsport, in homage to a car which has reserved its own place in history – the yellow and green McLaren F1 GTR, chassis #06R."

The track-only P1 GTR is an absolutely crazy machine, with an equally crazy price tag of more than $3 million.

Interested in buying a P1 GTR? You can, provided that you've already bought the $1 million P1.  That's the per-requisite.  P1 GTR is only available to current P1 owners.