Via the NEDRA (National Electric Drag Racing Assn) News, we got this: 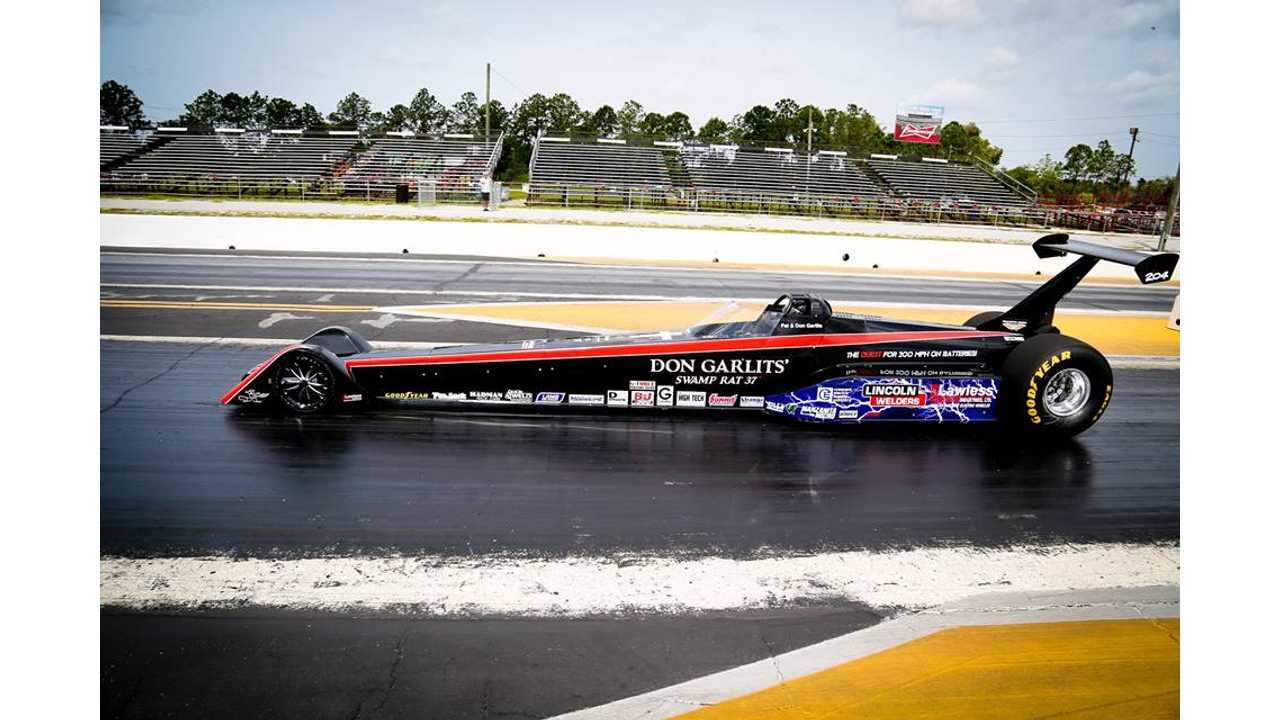 SR 37 is a battery powered dragster built by the “Quest for 200” team. Swamp Rat 37 has undergone some technical changes that should allow the vehicle to exceed the magical 200 MPH barrier, which includes "more powerful" batteries and the addition of a motor controller for each electric motor, this should guarantee maximum voltage for each motor during the quarter mile run Shawn Lawless engineered the motor/drive-train combination and now is trying his hand at Swamp Rat's battery pack.

Garlits said, “This should be the event where we exceed the 200 MPH record and the public and press will be allowed to attend the exhibition runs of this historic event".

Now, at 82 years old or something, after doing stuff like building the first rear-engine top-fuel dragster (to keep from blowing off his other foot) and, you know, other stuff, the old man is just gonna roll into the pits in the Caddy, give 'em the old royal wave, and get an Ensure smoothie for the ride home, right?  Uh, no.  The man is driving the thing.  And from the looks of him, lord help the guy who's gonna try to change his mind.

Check out this great video of the Quest for 200 team, Don, Don racing a Tesla, and even a cameo at 1:48 by our buddy Jeff "Dice" Disinger of Electrafunk Racing - Predator and Electracutioner fame.