GM To End Current Production Chevrolet Volt In May - As Planned 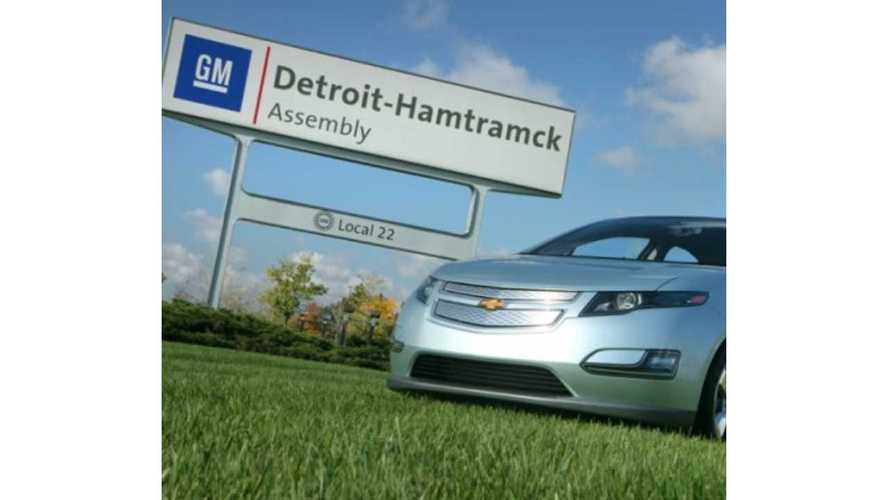 There is an interesting "story" making its way through the national media today.  Namely that General Motors is halting Chevrolet Volt production - but specifically, they are doing so in an effort to sell down current inventory, and/or in response to demand, and/or because of the price of gas before the arrival of the new, next generation 2016 model (details).

Here is a sampling of the stories out there:

Early Promo Shot Of The Volt In Front Of The Plant

Here is the thing, none of that is very accurate.

If anything, GM has spend the last month or so increasing national inventories in anticipation of the extended shut-down, as the available numbers had been exceptionally low during the first quarter, before slowing production again this month.

About 4,000 2015 MY Volts are currently available for purchase - that is not a lot for the estimated 5+ month wait for the arrival of the new 2016 model that gets up to 50 miles of all-electric driving.  GM knows the current demand level of sales for the Volt the past few months has been low, and they have built out the model appropriately.

And secondly, these "news flashes" about high inventory and the low prices of gas causing a reaction out of GM to "halt" production are totally fabricated.

As all we do here at InsideEVs is going over the mundane day-to-day business of what is happening behind the scenes at all the EV makers, I can tell you we have been looking at an end of production date for the Chevrolet Volt of May 15, 2015 on our schedules for ages...like since last year.  A fact we have reported on frequently during on our Sales Scorecard each month.

So yes, the first generation of Chevrolet Volt will be ending production in about five weeks.  But no, it doesn't deserve to go out with an (*) asterisk around its neck, this has been an orderly wind-down.

The 2011-2015 Chevrolet Volt will have sold about 80,000 copies in the US when the last car is finally delivered (75,231 through March 2015), and has been one of a handful of plug-in vehicles that has driven the EV revolution in America the past 4 years. Lets give it the respect it deserves.

Production of the new 2016 Chevrolet Volt is anticipated to begin in mid to late July, with first deliveries happening in early fall/September.   Like its predecessor, we expect the next generation of Volt to be a major influence in leading us further still.