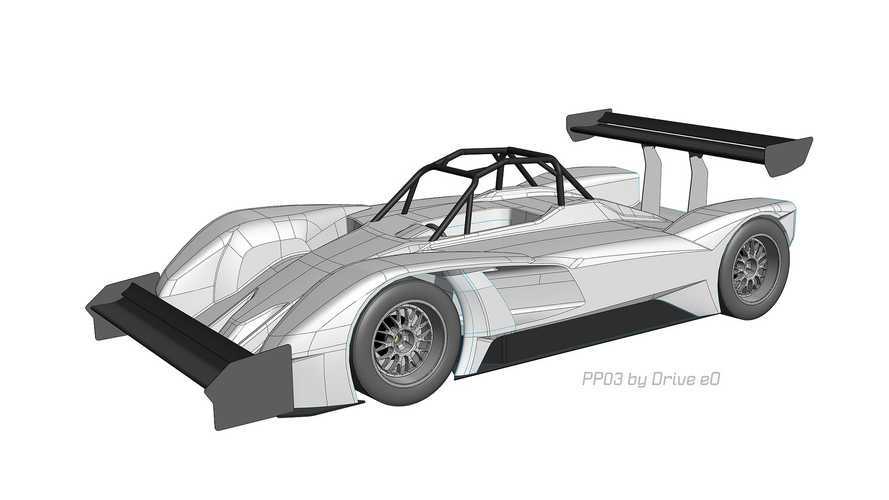 Latvian racing team Drive eO announced its return to the Pikes Peak International Hill Climb with a new car - the first one with a Megawatt power!

The goal for 28 June at Pikes Peak is simple - win not only among electric cars, but overall. Promises to be great fun.

"Drive eO is an engineering company specialised in the design and manufacture of electric and hybrid electric prototype vehicles. The eO PP03 is a result of years of development. The Latvian based company was the first to enter and complete the demanding Dakar Rally with a hybrid electric vehicle. This project was followed by the creation of eO PP01, a purpose built fully electric prototype race car to participate at the Pikes Peak International Hill Climb competition. Last year, they were the first to enter this race with a modified Tesla Roadster.

The newly created all-wheel drive eO PP03 has a 50 kWh lithium-ion battery pack and is propelled by six YASA-400 electric motors with in-house developed eO controllers. This package provides a peak power of an impressive 1020 kW, peak torque of 2160 Nm and could reach 260 km/h. The kerb weight is targeted at just 1200 kg.

Pikes Peak International Hill Climb is the second oldest motor racing event in the United States of America. The race is run on a challenging twenty-kilometre (12.42 mile) course with 156 turns. It begins at 2,862 metre elevation (9,390 feet) and finishes at the 4,301 metre (14,110 feet) summit of the Pikes Peak mountain in Colorado Springs."

"The eO PP03 is currently being assembled at the workshop in Ogresgala Pagasts, near Latvia’s capital city Riga, and is expected to undergo first testing in May. The experienced driver piloting the one megawatt electric race car will be announced in April. The race takes place on Sunday, June 28, 2015 in Colorado Springs, USA."

“We are hugely excited about building world’s first one megawatt electric race car. We have built the car from the ground up and the majority of the components and design has been constructed in-house. We know that racing with a state- of-the-art vehicle comes along with new challenges, but we are well prepared after our Dakar Rally adventure and two previous participations in the race at Pikes Peak. With great pride we’ll soon present the vehicle to the public and hopefully it will surprise everyone. Winning the event is our goal.”