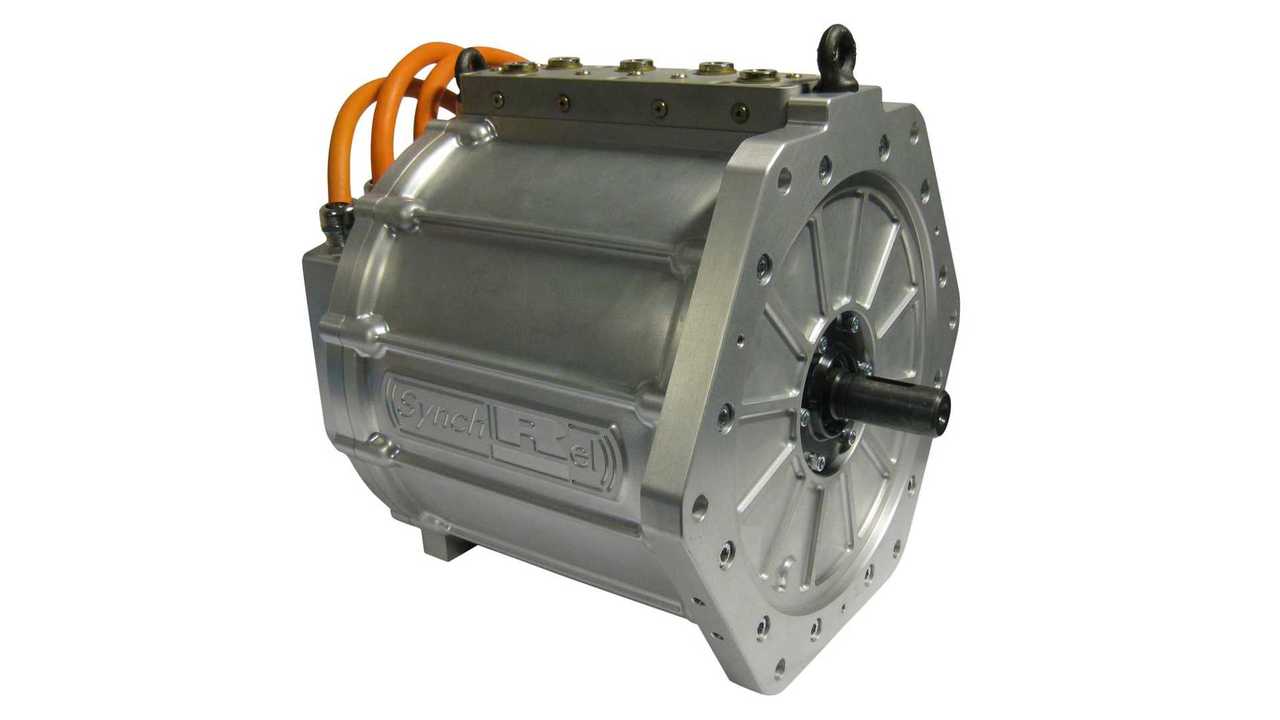 It's an 85 kW Switched Reluctance Motor, which doesn't have magnets, rare earth elements or rotor windings.

According to the press release, it's a compact package that's light weight and low cost. Though first it needs to be tested in real-world automotive applications.

We are impatiently waiting on first EVs with this type of motor to see what the real benefits are.

"The new electric vehicle (EV) motor has been designed and built in prototype form by Ricardo as part of a collaborative research and development project, RapidSR (Rapid Design and Development of a Switched Reluctance Traction Motor). Using a conventional distributed stator winding, the Ricardo synchronous reluctance electric machine is a highly innovative design that makes use of low-cost materials, simple manufacturing processes and uncomplicated construction. It has a rotor made from cut steel laminations, which are used to direct and focus the flux across the air gap. By maximising this flux linkage between the stator and rotor, performance can be optimized within a tightly packaged, low weight and rare earth element free design."

"Since its launch in 2012, the RapidSR project has been researching the design of next-generation economic electric motors that avoid expensive and potentially difficult to source rare earth elements typically used in permanent magnets. By developing effective CAE led design processes as well as prototype designs, the team has created a framework for the future design and manufacture of electric vehicle motors that offer the performance, compact packaging and light weight required for EV applications, but at a significantly reduced cost compared to permanent magnet machines. Ricardo’s partners in this research include project leader Cobham Technical Services – which is developing its multi-physics CAE design software, Opera, as a part of the project – and Jaguar Land Rover. The research is being co-funded by the UK’s innovation agency, Innovate UK."

“As the market for electric vehicles grows globally, there is an imperative to explore alternatives to permanent magnet traction motors which require the use of expensive and increasingly difficult to source rare earth elements. The Ricardo prototype that we have announced today demonstrates what can be achieved by using the latest electric machine design processes in the creation of a high performing, compact, lightweight, and rare earth element free concept.”

“By bringing together state-of-the-art simulation technology with advanced electric machine design we have created a highly credible next generation EV motor concept that shows considerable promise. The Ricardo prototype is now built and will be rigorously tested over the coming weeks in order to validate the extremely positive results that it has shown in simulation, as a concept that provides an exceptional balance of performance, compact package, light weight and low cost.”