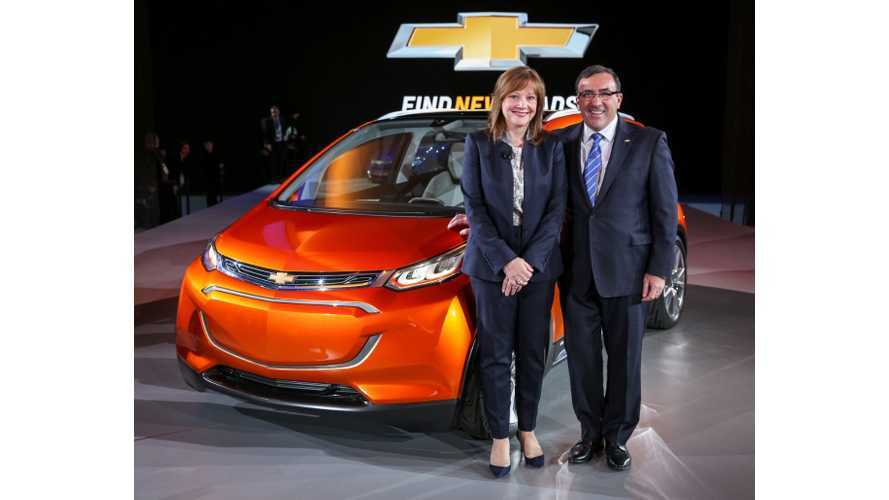 General Motors President of North America, Alan Batey, was in attendance at the 2015 Chicago Auto Show where he announced that the Chevrolet Bolt was production-bound.

In addition to that announcement, Batey discussed the 2016 Chevy Volt and the even the Spark EV.

According to the Detroit Free Press, Batey stated that the 2016 Volt addresses "the biggest consumer concern," which he says is range anxiety and he added that with its 200-mile range, the Bolt addresses the range anxiety issue too.

Moving to the Bolt, Batey reconfirmed that it'll be offered nationwide, but stated "we have not said where we will sell it outside the U.S. yet."

As for the Spark EV, it's not dead yet.  Batey told the Detroit Free Press that, at least for the time being, the Spark EV will remain in Chevrolet's lineup.