Nissan LEAF Sales In Japan To Cross 50,000 This Month 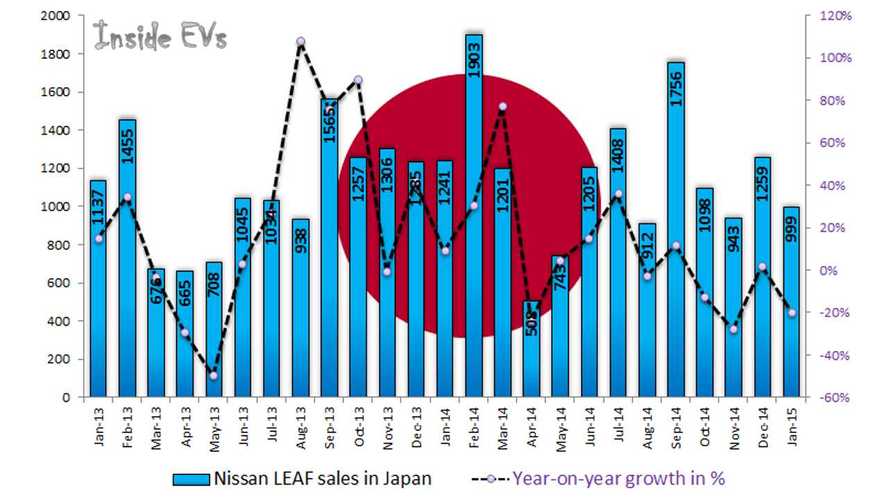 With 999 LEAFs sold in January, Nissan missed the mark of 50,000 cumulative sales in Japan by less than 400 units.

We expect that the important milestone will be achieved this month.

Sales in January were 20% down compared to January 2013, although when we look back we find that, in general, the rate of growth is rather linear.