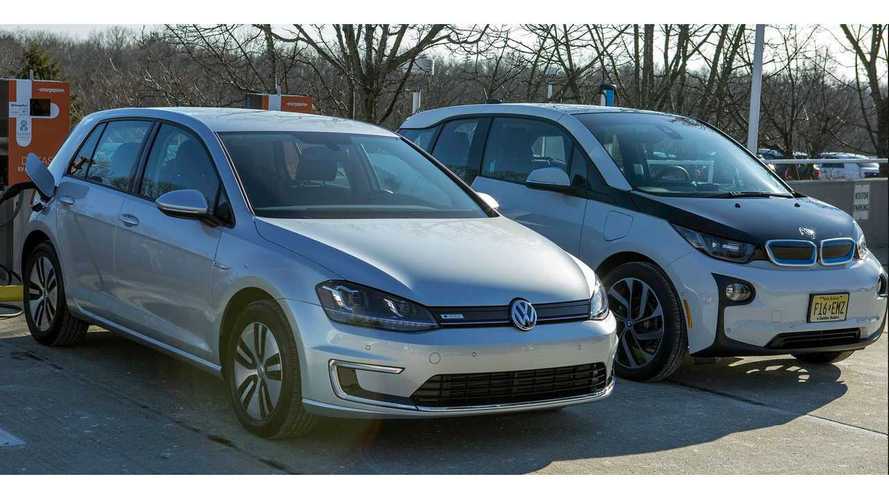 This time around there is no doubt that plug-ins are here to stay and that we are in a transition toward zero fossil fuel and even zero emission in the EU. The question now is only how fast it will go, and which solutions will be used during the transition period.

To know a bit more about what we can expect, I decided to look into the EU-regulations which will regulate the CO2-emissions with the emission limit for average new car sales in EU.  This is being set to a maximum of 95 g/km in the NEDC testing cycle, starting in 2020; to be fully implemented when 2022 ends.

It means that for example, if the most emitting 5% of the manufacturers’ new cars averages 250 g/km, it will add up to a total of 102.75 g/km instead of 95 g/km during the phase-in year of 2020. Let’s say a manufacturer sold 1 million cars in the EU in a year and missed the target by a single gram then the fee would be €95 million, two grams and it’s suddenly €190 million etc. That is a lot of money even for the large manufacturers, and the 95 g/km target never goes away nor the fee for excess grams so it makes no sense to not comply and comply straight away.

C02 Emissions Of Certain Brands In Europe For 2012

This means that manufacturers selling heavier cars will have lesser targets, benefiting the heavyweight (pun intended) German trio of Mercedes, BMW and Audi. This reflects the influence Germany has had during the negotiations which also has resulted in the less strict regulations than originally proposed. Only FIAT has a really tough goal because of their lightweight cars, and will likely have a really hard time reaching it - even with a good EV strategy (which they seem to totally lack today).

Almost every PHEV gets under 50 g/km so it will be fairly easy for the manufacturers to gain enough super-credits to be able to use the full 7,5 g/km if they need them. Then it’s just a matter of how to distribute them. The car manufacturer could for example choose to spread out the 7,5 g/km equally over the 3 years, making it 2,5 g/km per year or “spend” it all on a single year.

To better understand the numbers and what impact these EU-regulations will have I will give a comparison to Norway, the EV capital of the world. Let’s say a manufacturer reach their target like this:

I will compare that to the three first months for new car sales in Norway in 2015:

And the record breaking last month in Norway which was the first month ever anywhere to go below 95 g/km.

During the last three months Norway has almost copied what the whole of EU will have to do in a few years time. Can you imagine that? It puts the goal and numbers into a whole new perspective.

ICEs will of course become a bit more efficient until then and light hybridization might be a factor but the major reduction in the label on new cars for CO2-emissions will likely come from electrifying them. The most popular way to get there seems to be to make almost every car model into a PHEV, something that Volvo, BMW, Mercedes, Porsche and Volkswagen have started to show or communicated. Something that will significantly increase the percentage of plug-ins needed to reach the target compared to Norway’s (almost) all BEV strategy.

I can give a personal guarantee that the plug-in sales in the EU will reach a bare minimum of 20% plug-ins sold in 2020, which is at least a 20-fold increase compared to today. Do you agree?

(Some of the) sources used: Ofvas.no, ICCT (theICCT.org), European Comission