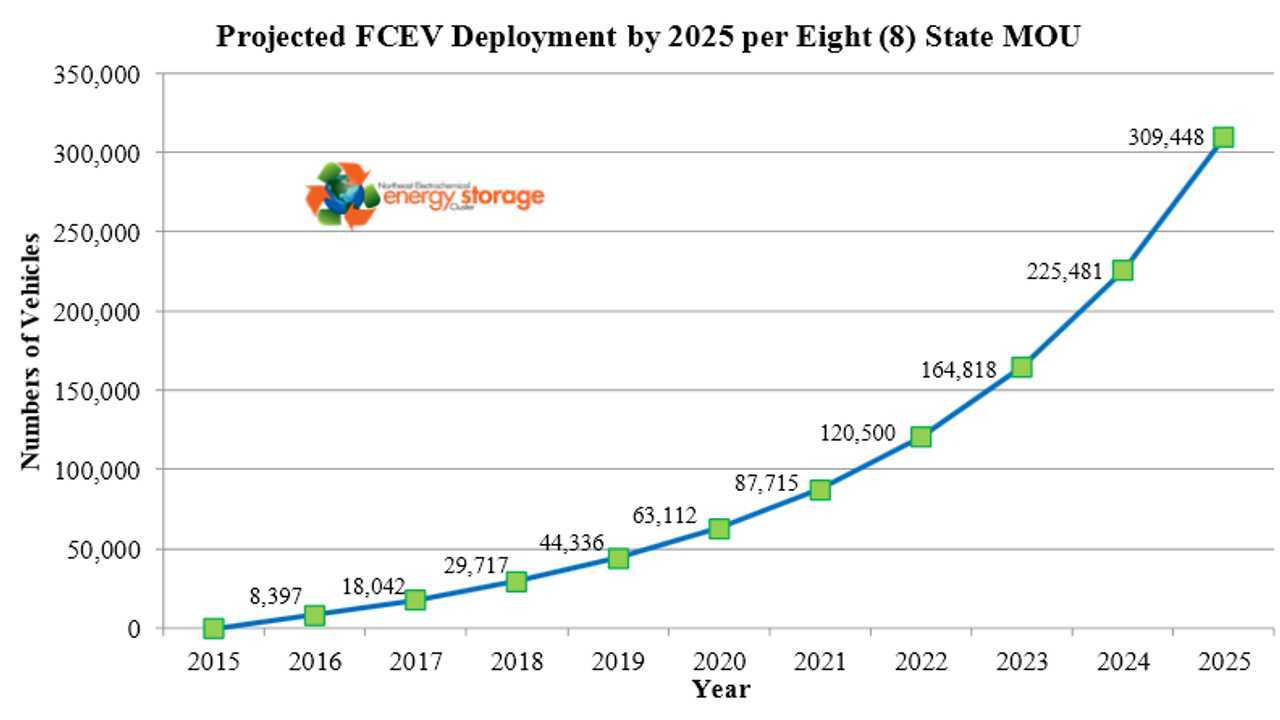 The goal of advancing the deployment of hydrogen and fuel cell technology should result in many new projects.

For example, NEESC recommends these goals for New York:

The obvious question here is, assuming the infrastructure could be built out (big if) and the pricing/demand was strong (bigger if), is there even the production capacity in the system for the vehicles to fill these projections?

Demand for new electric capacity is expected to increase, due in part to the replacement of older, less efficient, base-load generation facilities. Fuel cell technology can help meet electric grid needs as a high efficiency, distributed generation asset that can be located directly at the customer’s site.

The use of distributed generation will increase efficiency, improve end-user reliability, provide opportunity for combined heat and power, and reduce emissions at schools, hospitals, manufacturing facilities, and other mission critical facilities.

“States that support the development of clean, efficient technologies such as fuel cells, have realized the benefits, including increased energy reliability with low or zero emissions,” commented Morry Markowitz, president, Fuel Cell Hydrogen and Energy Association.

Hydrogen and fuel cell technology can also be used to provide zero emission vehicles for mass transit and fleet operations. The 2015 plans identify opportunities for the states in the Northeast region to more fully employ hydrogen and fuel cells for transportation.  Such uses could make the region a showcase for renewable energy while reducing air emissions.

“We’ve defined actionable goals for the deployment of stationary and transportation applications in each of the states,” stated Joel Rinebold, director of energy initiatives at CCAT. “These goals represent a short-term investment for long-term productivity.”

According to Rinebold hundreds of small businesses in the hydrogen and fuel cell supply chain are poised to capture a substantial share of the global energy and transportation market. The manufacture and implementation of this emerging technology could significantly increase the number of clean energy jobs within the region.