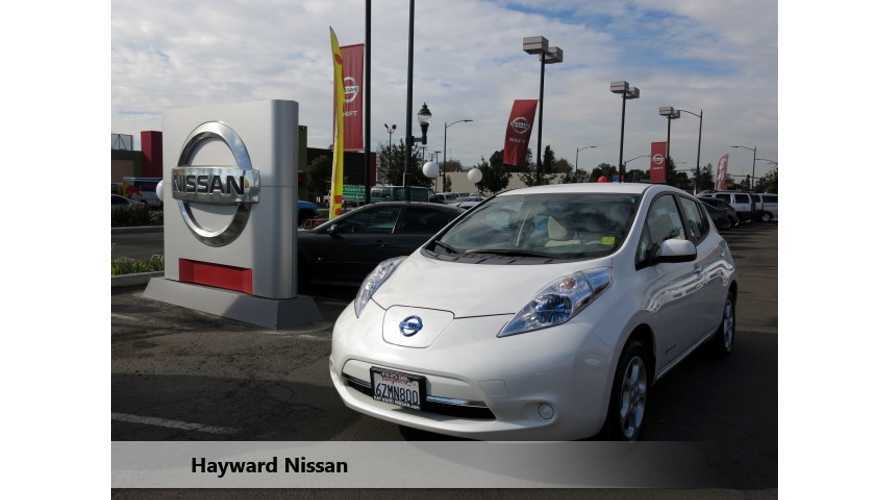 An estimated 25,000 off-lease Nissan LEAFS and Chevrolet Volts will flood the used car market throughout 2015 and this has some dealers concerned.

“I hope they trickle in."

Usually, dealerships are eager to get back these off-lease cars, but Morrison seems to imply that's not the case with the LEAF:

“Are we going to be able to sell this enormous amount of used Leafs when there are so many incentives to buy the new ones?"

*UPDATE: There are now 6 used LEAFs on the lot.