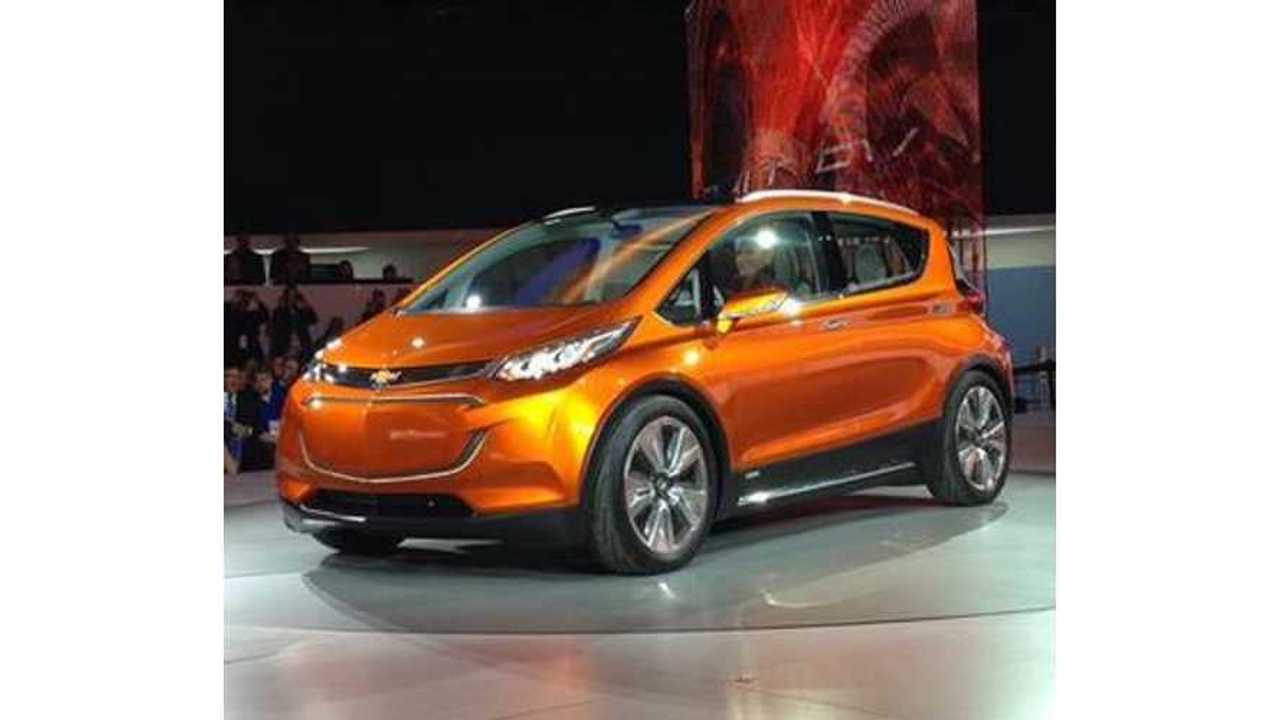 Apple has been dominating the headlines as of late, with its talks of developing an electric car. It’s taken some attention away from some other big news, though. Apparently, there seems to be a race to develop the first 200 mile electric car for around $30,000, between Tesla, GM and Nissan.

At the moment, the Nissan Leaf, Volkswagen e-Golf, Fiat 500e and BMW i3 all have less than 100 miles of range. That’s being a bit generous, as most will only hit 100 miles if driven like a tortoise with no A/C, heat or radio on. But regardless, 100 miles seems to be the consistent number amongst all EVs today. The Tesla has a claimed 200-plus mile range, but doesn’t fit into the same price bracket.

The new goal seems to not only be 200 miles, but to hit the 200 mile mark without getting into $40,000 territory. At the moment, both the Nissan Leaf and Chevy Volt occupy that price group, while the i3 and Tesla Model S are a bit more expensive. Well, the i3 is a bit more, starting at $42,400, but drops into the $30,000’s after government incentives. The Tesla is quite a lot more, starting a $69,000 before incentives. At that price point, a 200 mile range is expected.

*Editor's Note: This opinion article appears on BMWBLOG. Check it out here.

Since Tesla can already achieve 200 miles of range, it will probably be the first ones to accomplish the task, especially with its uber-high-tech Gigafactory almost up to full speed. Elon Musk has already confirmed a Model 3, which will compete in size, luxury and price with the BMW 3 Series. Musk claims will hit that 200 mile mark along with the sub $40,000 price mark. Musk is a man of bold claims, however, he usually has a penchant for backing them up, so I don’t see this as a farfetched idea. While other companies claim they’re up to this task, if anyone is, it’s Tesla.

Chevy seems to think they can hang with Musk’s EV giant, with its new Bolt. The Bolt is said to hit both the 200 mile a $30,000 price goal, after incentives. Actually, GM CEO, Mary Barra, has claimed the Bolt can surpass that goal. That, to me at least, is just chest-pumping by GM and will not come to fruition. It’s rumored that GM’s Orion Michigan plant, said to produce the Bolt, will be starting up come 2016. So according to GM, this 200 mile, $30,000 Bolt will be available in 2017, which is ironic as that’s supposedly right on schedule with Tesla’s Gigafactory and Model 3. How coincidental?

Nissan, not to be left out of this party, also claims that it has the ability to turn the Leaf into a 200 mile EV, and considering it’s already in the price range, that would make Nissan first to hit the mark. Actually, Nissan claims that this new “Uber-Leaf” will be able to reach 250 miles, but Nissan also claims that the current Leaf can reach 142 miles, which it plainly cannot. Much of these claims came after the unveiling of the Chevy Bolt concept at the Detroit Auto Show, so it seems to me that Nissan just felt left out and needed to puff its chest out a bit so we would take notice.

As far as the i3 goes, there doesn’t seem to be any news regarding a 200 mile range in the future. All we know is that BMW is working on battery technology with Toyota and it already has the lightweight technology to make such a car happen. I think BMW is confident in the i3 as it stands now, but measures will be taken in the future to ensure the i3’s competitiveness in the segment. Maybe BMW, with some help from Toyota, can boost the range on the i3, as it’s light enough to add bigger batteries without making it too heavy.

Out of all the car companies shooting for this lofty 200 mile/$30,000 goal, I see Tesla doing it first. They already have the means to make the Model S do it, and the Model S weighs as much as a small aircraft carrier. So a new Model 3 with less weight than the Model S, less standard equipment and similar battery levels should be able to reach both range and price goals. Maybe Chevy and Nissan can pull it off as well, but if I had to put my chips down on one company to get it done, it’d be Tesla.