Volkswagen e-Golf Availability Begins To Spread Across The Nation 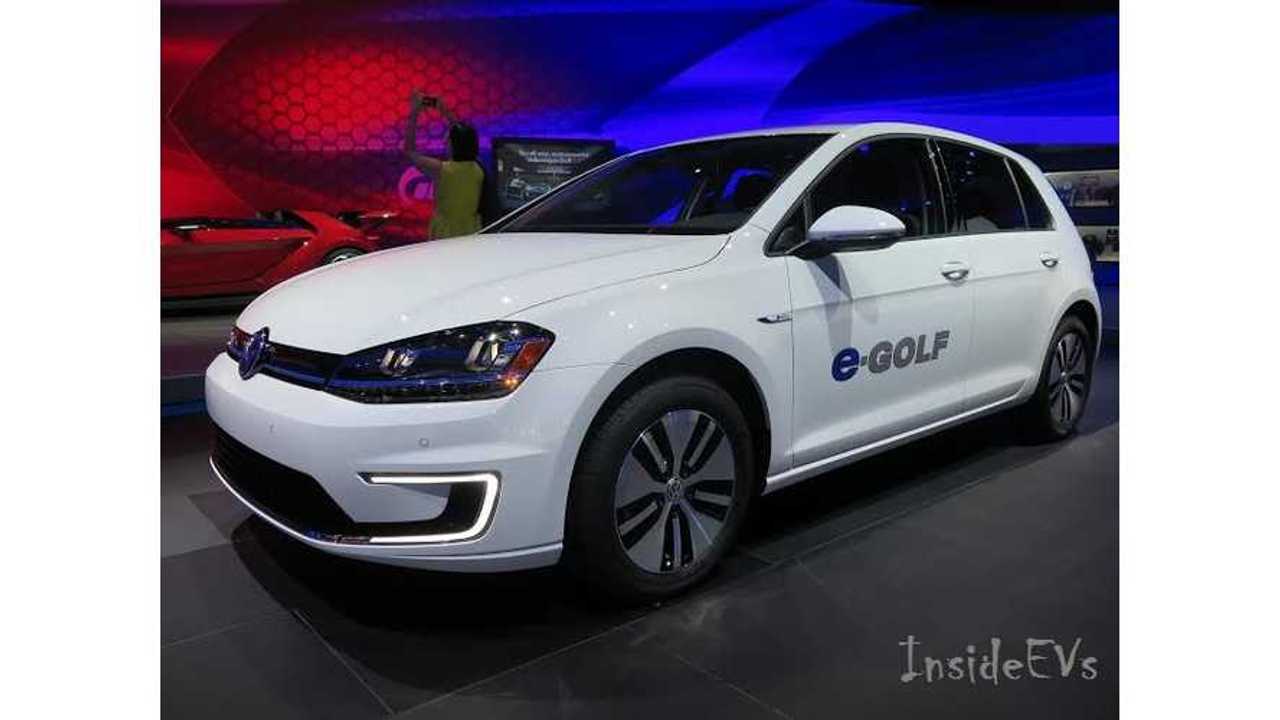 The Volkswagen e-Golf is coming...

Just last month, Volkswagen began to expand the e-Golf's availability in the U.S.  It's no longer a California-only electric car.  In fact, a dealership in Rhode Island now has e-Golfs in stock:

The all-electric 2015 Volkswagen e-Golf is slowly making its way to dealerships across the country, and has already landed at Rhode Island's Speedcraft VW

The 2015 Volkswagen Golf was named the Car of the Year by both Motor Trend and the North American International Auto Show in Detroit. It is a versatile compact car that has been enjoying mass appeal among a large cross section of American drivers. On the heels of these recent awards, Volkswagen has now begun delivering the highly-anticipated, all-electric, 2015 Volkswagen e-Golf to dealers dotted across the country. In Rhode Island, Speedcraft VW is one of the first to receive the e-Golf.

Nearly a year after the e-Golf went on sale in Germany, it has finally become available in the United States. Some dealerships in California were able to get the e-Golf as early as November of 2014, but it has taken until the new year for the electric Golf to arrive at dealerships throughout the Northeast.

Many early reports indicate that the Volkswagen e-Golf will quickly become the best-selling plug-in electric car on the market. The current range of the e-Golf is 83 miles on a single charge. Charging the car isn't difficult, as it is simply plugged into a wall outlet. At the recent Consumer Electronics Show, Volkswagen showed that they plan to make charging their electric vehicles effortless, with inductive charging. Speedcraft VW detailed those plans in depth on its blog. CIO, CTO & Developer Resources

Anyone interested in learning more about the Volkswagen e-Golf is encouraged to stop into Speedcraft VW or visit them online at www.speedcraftvw.com. They are also welcome to call the dealership directly at 866-308-5703.

Officially, Volkswagen states this in regards to e-Golf availability in the U.S.:

However, we believe that the e-Golf will be made available nationwide at some point in the near future.