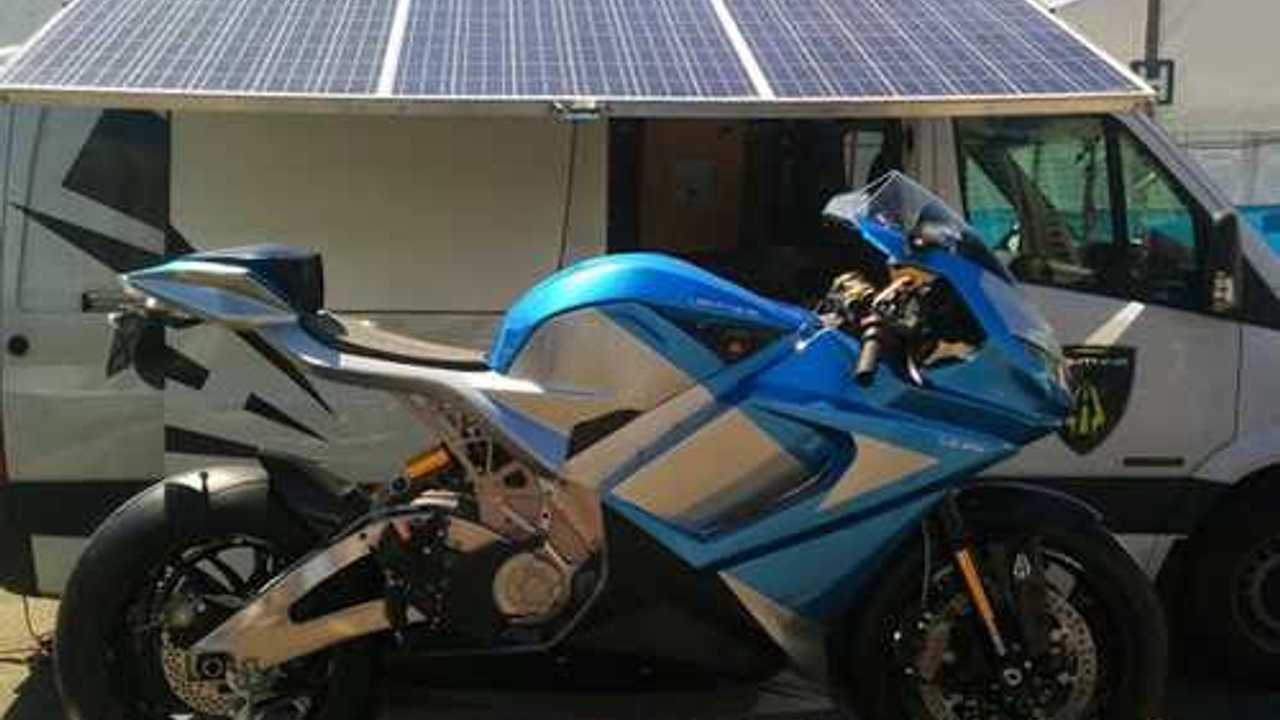 Cars racing around in a big circle (NASCAR)? Boring. But wait. What's this?  Yes folks, at the FIA Formula E this weekend at Long Beach CA, it turned into an electrapalooza, and among the gems on display was the Lightning LS218 and the Lightning solar charging array, provided by SMA America, one of Lightning's key sponsors.

We first saw the SMA solar array back in 2012, at the El Mirage speed trials:

...and solar has been a big part of the Lightning equation pretty much since day one:

The Lightning Motorcycle Race team competed in and won the EPower/TTXGP race during the MotoGP weekend at Laguna Seca in July 2012, on solar power alone. The same bike, powered by solar, also set a new land speed record at El Mirage in November 2012.  Lightning SB2 SuperBikes demonstrate that alternatively fueled vehicles can compete and win in current competition with currently available technology. Lightning Motorcycle’s CEO Richard Hatfield put this theory into a succinct statement; “Solar energy fueled vehicles are not just a theoretical concept to be realized sometime in the distant future, but a reality today that can compete head to head with gasoline powered vehicles”.