Apple To Start Production Of Electric "Titan" Vehicle In 2020 - Report 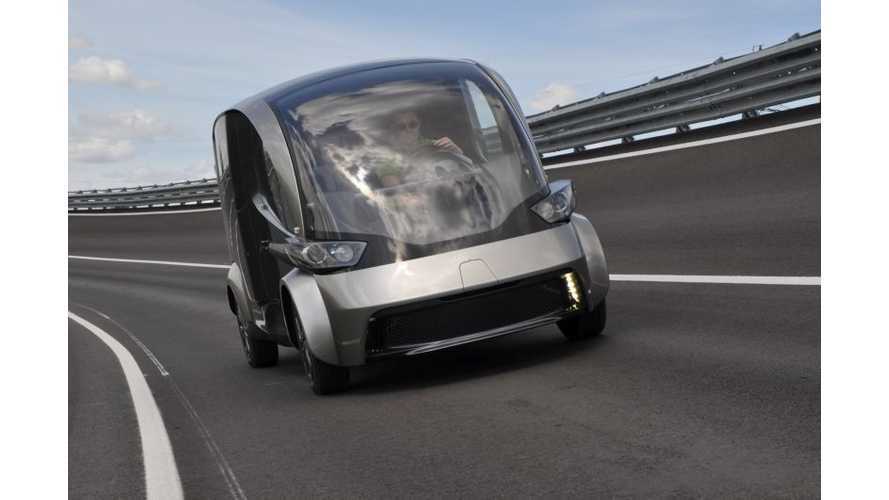 Apple Reportedly Planning on Bringing Project "Titan", A Mini-Van Like EV To Market As Soon As 2020

Whatever Project Tital Ends Up Being, You Know Apple Will Push The Envelope On Technology (DELIVER Electric Van shown)

And that is A-OK with us.

This week details began to leak out of Apple on a new all-electric vehicle project called "Titan".

The EV has reported been under development secretly at its own separate and “secret lab” by hundred of employees away from Apple’s main Infinite Loop campus...and largely by employees recently taken from other high profile EV makers such as Tesla Motors and Daimler.  (Full details on the project here)

Now comes word via Bloomberg that the "minivan-like" utility EV is more than just a thought project for Apple, and that the company plans to put into full production as soon as 2020 - at least "according to people familiar with the matter".

Bloomberg points out that most car projects take 5 to 7 years to come to market, but that Apple has $178 billion (yes, that is billion with a B) in spare cash to make this vehicle a reality if executives are happy with the result of their now not-so-secret team.

Quite honestly, that timeline may be the norm for regular petrol cars, but we know that both the life and development cycle is much shorter for EVs.  Either the "sources" aren't terribly familiar with the project's timeline, or quite possibly they are trying to regain the element of surprise by setting current EV (and battery) makers at ease.

Since word of project Titan came to life, A123 has launched a lawsuit against Apple saying the company  launched an "aggressive campaign to poach" employees away from the battery maker, and was ultimately successful in hiring away 5 high tech minds.  The lawsuit notes similar campaigns were directed at LG Chem, Panasonic, Samsung, Panasonic, Toshiba and Johnson Controls .

Then there is this disclosure by A123 - “Apple is currently developing a large-scale battery division to compete in the very same field as A123."

Sure sounds like the electric vehicle manufacture field is increasing by one (a very big one) very shortly to us.