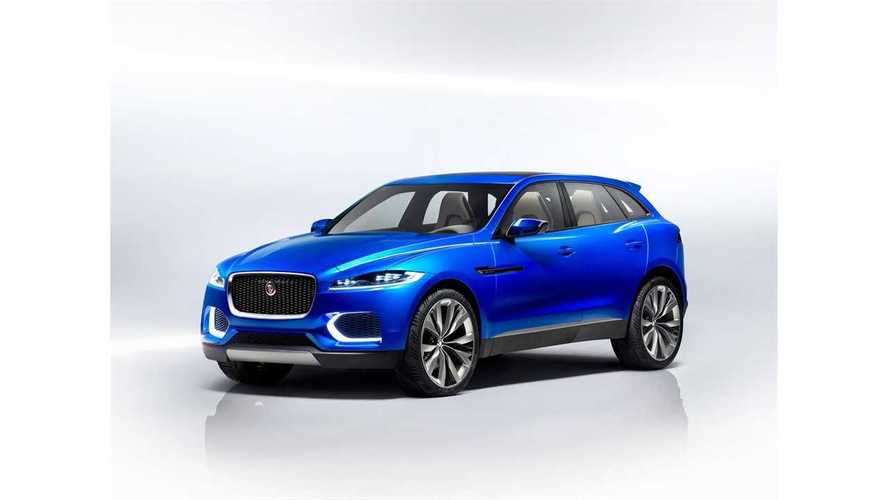 In 2016, Jaguar will begin sales of F-PACE, the production version of the C-X17 concept crossover.

According to Autocar, Jaguar has plans to introduce an all-electric car with 300 miles (480 km) of range, likely based on F-PACE.

For the electric version we will wait much longer, at least until 2018.

"Jaguar is working on a fully electric car, according to well-placed industry sources. Although still unconfirmed, it is thought that the new model will be based on the upcoming F-Pace SUV. It should have a typical range of around 300 miles."

Autocar says that Jaguar's motivation for developing an all-electric car in mostly tied to upcoming legislation:

"There are two reasons for the move to a pure-electric powertrain, the most important of which is new Zero Emission Vehicle legislation introduced in California and adopted by another seven US states.

Secondly, analysts expect rising demand for electric luxury vehicles as more global cities start to introduce ‘zero emission zones’ of the type proposed for central London. Tesla has also proved that there is a rising global market for an upmarket all-electric vehicle.

With SUVs and crossovers dominating the US new-car market, and Tesla’s long-awaited Model X SUV on the way, an electric F-Pace makes good sense."

There's a fair chance that Land Rover will introduce a long range EV too, as both brands are part of the same company Jaguar-Land Rover.