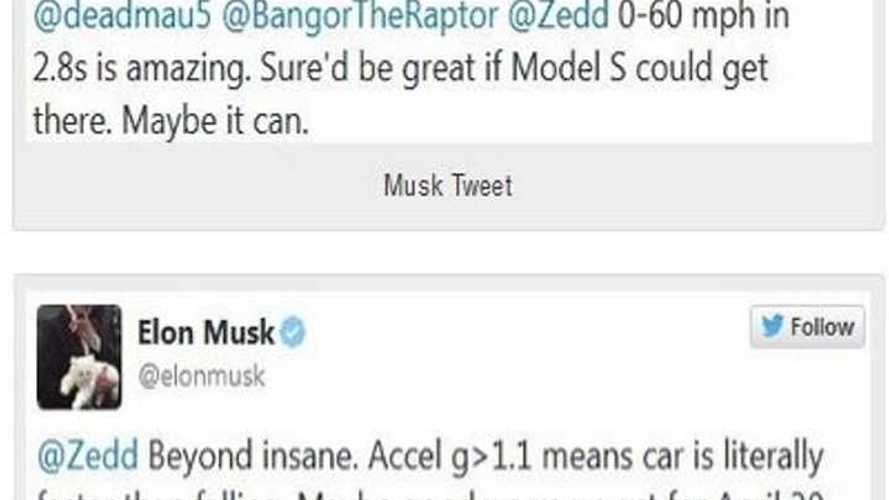 Is an even quicker Tesla Model S P85D coming before Tesla's big mystery announcement on April 30?

Well, there have been rumors in the past that 2.8 seconds to 60 MPH was the target of the last firmware update that officially dropped the P85D's 0 to 60 MPH time to 3.1 seconds, so maybe there's more in store yet for Tesla's quickest car.

In a back-and-forth on Twitter, it seems Tesla CEO Elon Musk is fond of the idea of pushing the P85D even more, saying that "maybe" Tesla can get the P85D down to 2.8 seconds and suggesting that such a modification would be a "good warm up act for April 30 event."