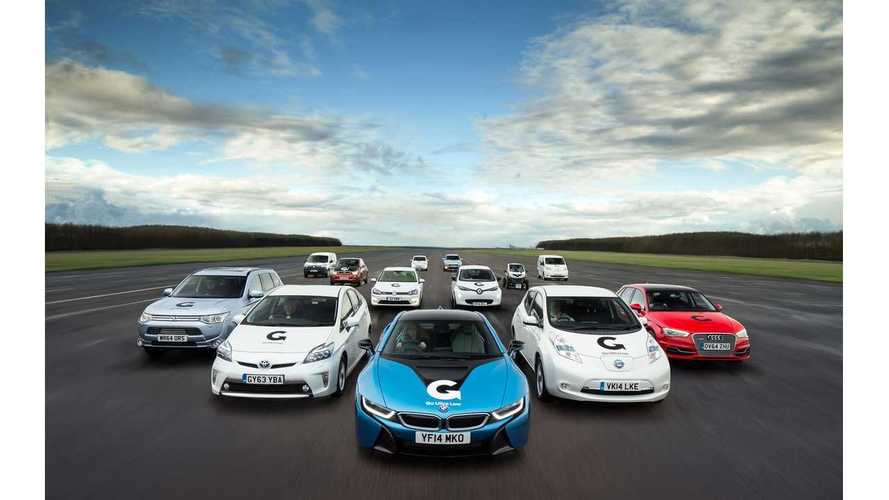 Go Ultra Low was created to raise awareness of ultra-low emission vehicles, and to encourage British motorists to consider one when choosing their next car.

"The launch of the 2015 Go Ultra Low campaign coincides with news that registrations of ultra-low emission vehicles quadrupled in 2014 compared to the previous year, and in the last quarter of 2014 alone, more than 6,000 of them were registered in the UK. In total, more than 25,000 are now on UK roads, saving motorists money and reducing their emissions.

As well as tax benefits, especially for company car drivers, ultra-low emission vehicles can cost as little as 2p per mile to run, compared to at least 10p per mile for a typical petrol or diesel car.

Along with the seven vehicle manufacturers, the Go Ultra Low campaign brings together the Department for Transport, the Office for Low Emission Vehicles and the Society of Motor Manufacturers and Traders (SMMT)."