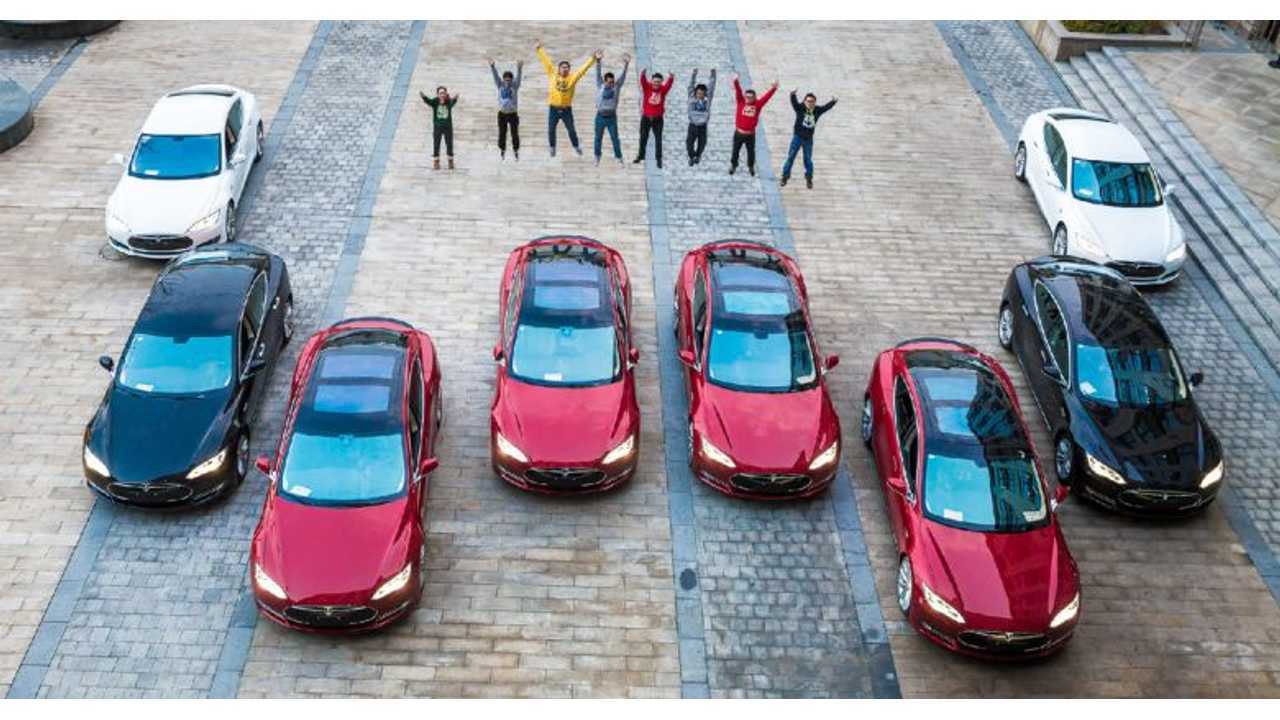 In China, the end of the year falls on February 19 (at least this year) so it's  year-end bonus time.

Tesla Model S electric cars, actually. One for every employee who worked at least 4 months.

Taking into consideration how hard it's to register a conventional car in some cities in China, free electric car (a Tesla especially) is a sweet gift.

"It may seem like a daydream, but this is exactly what is happening to the employees of WiFi Master Key (our translation), a startup backed by Chinese game developer and publisher Shanda. The firm is handing out a surprisingly generous year-end bonus this year by rewarding every member of staff with more than four months at the company with a Tesla.

A company representative disclosed that dozens out of the fifty current employees will receive this reward, but declined to name the specific number. It will cost the startup more than RMB30 million (US$4.8 million) in total, at current prices (RMB734,000 for the Model S) in the Chinese market. The first batch of eight employees received the cars last week. The electric car manufacturer also confirmed the news.

Growing out of Shanda’s Innovation Institute, WiFi Key Master is a mobile app that automatically connects your devices to public Wi-Fi networks when in range. The app claimed more than 500 million users as of the end of September last year, and 230 million monthly active users. It claims to have free access to 120 million Wi-Fi hotspots across China."