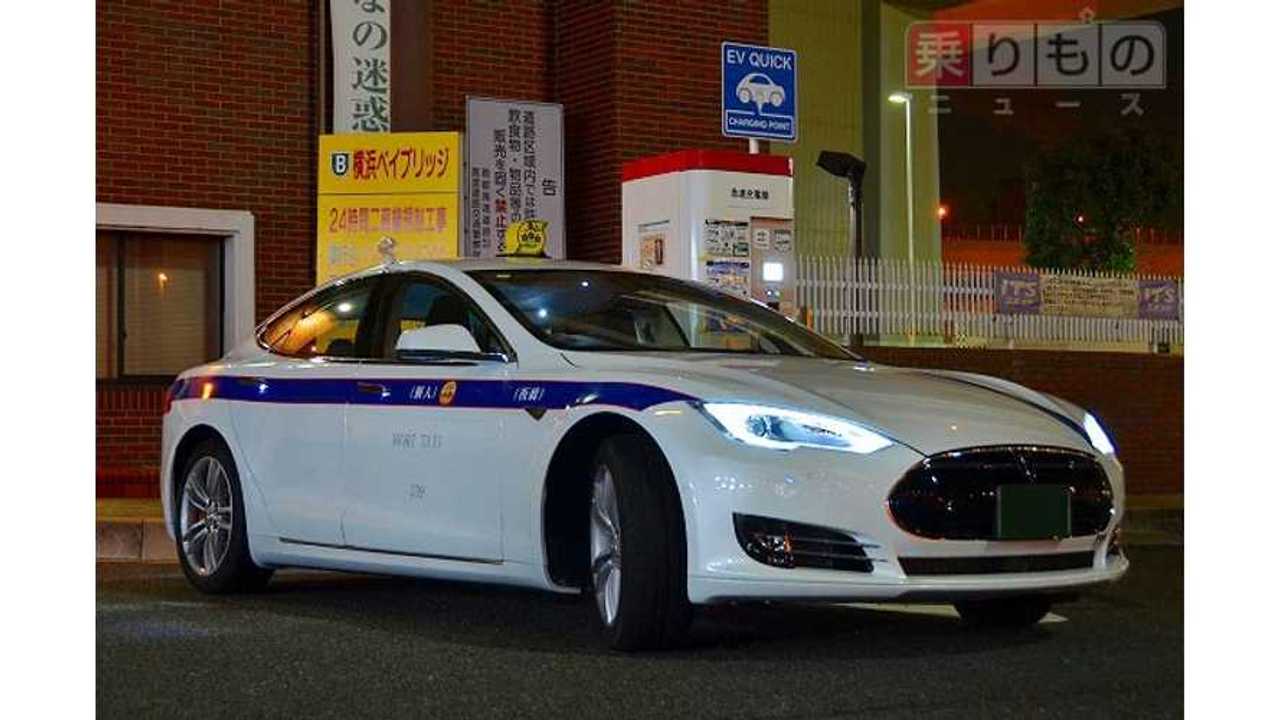 We're thrilled report that another region has added Tesla Model S EVs to its taxi fleet. The region in question would be Tokyo, Japan.

Hmm, This Model S is a P85… The more expensive one.

We are not sure how many Model S sedans are in the taxi fleet.  However, with a large population of ~ 38 million people, Tokyo certainly needs lots of taxis, so we hope this becomes a large electric fleet.

The Model S EVs are not the first electric cars to be used as taxis in Tokyo.  We believe that the Nissan LEAF holds that claim.

We believe that the Model S is a solid choice for taxi duty, as its long range means it can handle more pickups without having to recharge.  The only downside would be the high price of the Model S.  However, low operating costs could make up for the added upfront fees over time and we suspect that a Model S taxi commands at least a slight premium over most of the other taxis in use in Tokyo.