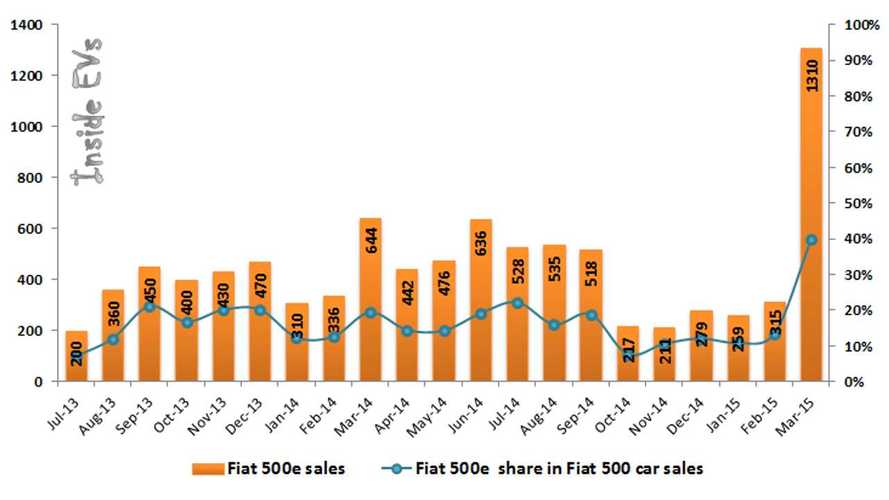 Fiat 500e suprised everybody with its performance in March reaching an estimated 1,310 sales in the US.

Believe it or not, the 500e is now one of the best selling electric cars in the US in 2015 (8% market share for plug-ins in three months), above the Chevrolet Volt! Well, it will be hard to preserve such a result in the longer term, but congrats to Fiat for moving so much electrified metal.

Editor's note: Fiat has chosen to not disclose 500e sales, so sales are now estimated based on state-level reports and incentives claimed from California (1,223 Clean Vehicle Rebates were claimed in March, double any previous period) and Oregon.