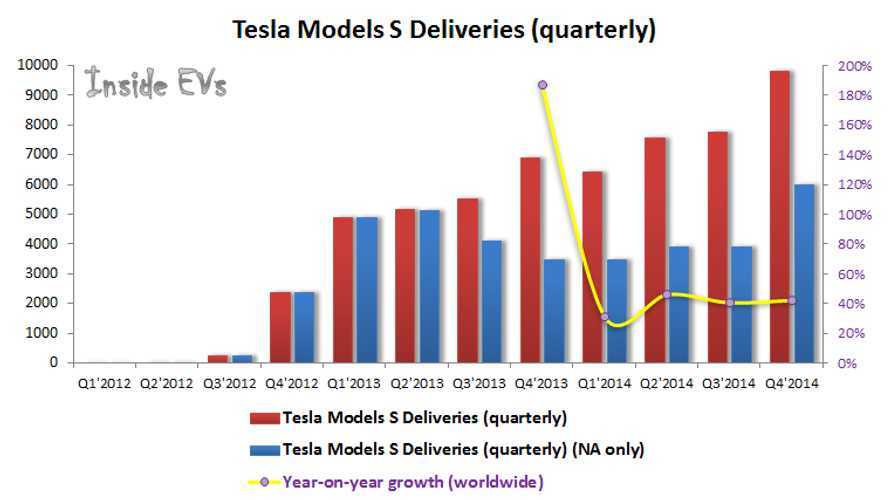 Based mostly on quarterly reports and InsideEVs' estimations of Model S deliveries in the US, we threw data on the graphs to see what its looks like...graphically.

The growth of worldwide deliveries for the last year is stable at ~40% year-over-year, although in North America deliveries eased when Tesla began to shift sales to Europe.

The bump in Q4' 2014 occurred after the Tesla Factory upgrade and introduction of P85D.

Below we see the cumulative numbers of deliveries, which in first two years was rather linear. In more recent quarters, North America is responsible for over 50% of deliveries (roughly 60% in Q4'2014).