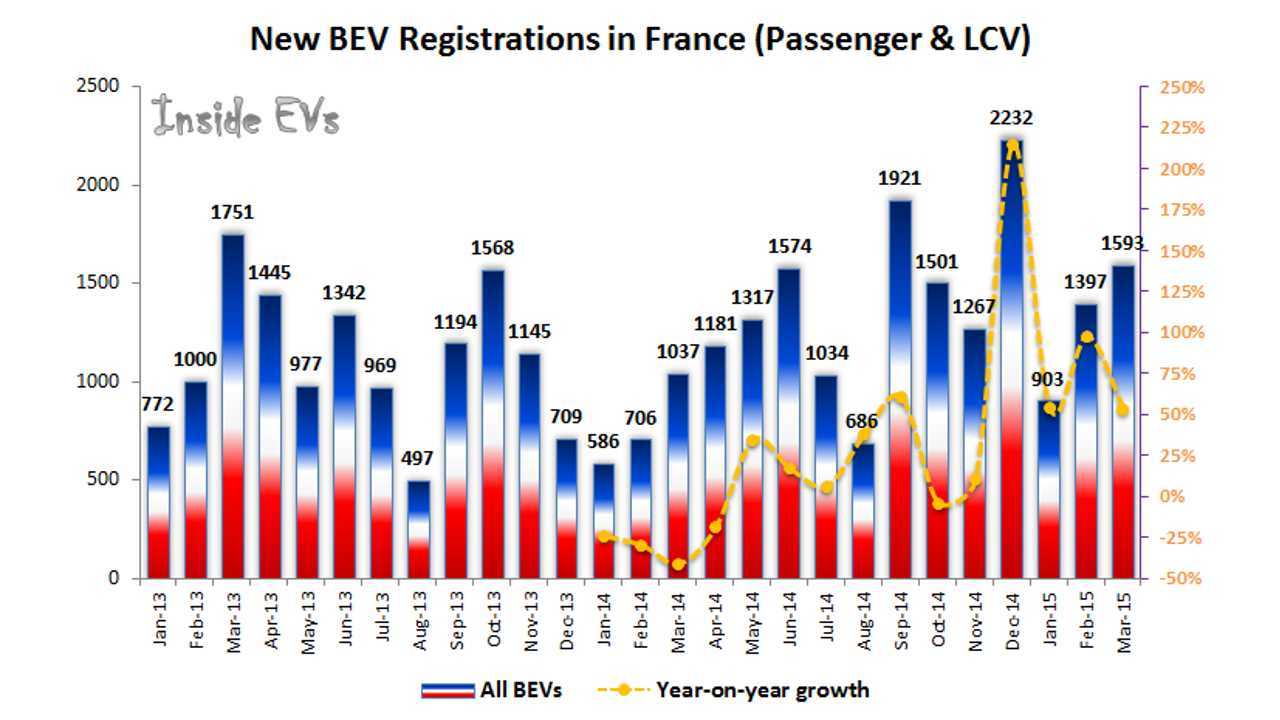 The French BEV market grew in March by a healthy 53% year-over-year and stands at 1,593.

This is one of the best result ever, but there is more to come as new incentives enter into force in April.

Without surprise, most registrations for passenger electric cars (almost half) are Renault ZOE - 570.

But the big splash was done by the Nissan LEAF, which had a record high 330 registrations!

For LCVs, Renault Kangoo Z.E. reached 215 registrations - also half of the segment.

Numbers for BMW i3 don't include REx. No data for plug-in hybrids yet available.