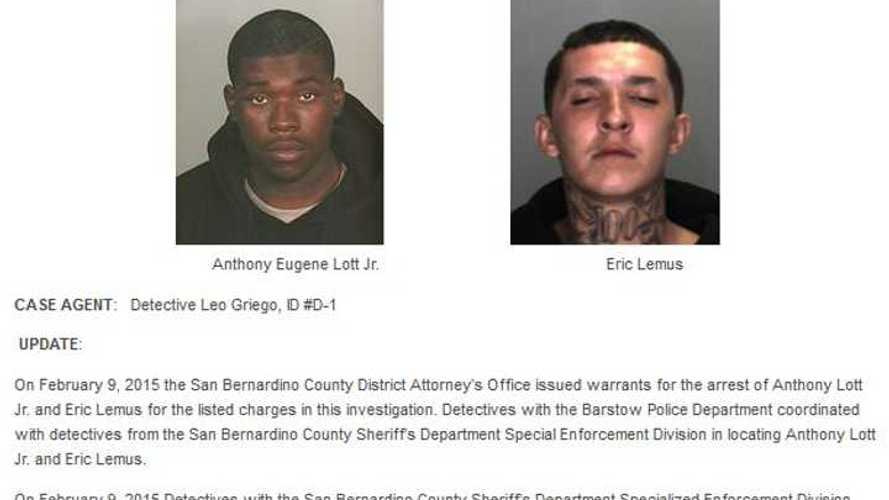 Back in late January, the Barstow Police Department put out an all-points bulletin for two suspects connected to an armed robbery and carjacking that occurred at the Barstow Tesla Supercharger.

"...officers from the Barstow Police Department arrived at the electric vehicle charging station behind the restaurant around 11:54 p.m. Jan. 21 after a 911 call from the victim, who reported that he was robbed at gunpoint by two men at the charging station."

The stolen Model S was quickly recovered as police officers found the electric sedan crashed "into a metal barrier in front of one of the gas pumps at an Arco station down the road."  However, the suspects had fled the scene.

It took weeks for the Barstow Police Department to track down the two suspects, both of who have long criminal backgrounds.  But on February 9 and 10, both suspects were located and apprehended.

Fortunately, the Model S owner, though distressed over the situation, escaped with no injuries.

Barstow Supercharger Has Several Nearby Restaurants/Shops/Etc

Unfortunately, this event is likely to be recurring at some Supercharger sites and here's why: expensive cars park to charge in the exact same location.  Some of these locations are known to be in high-crime areas.  Supercharger sites are full of $100,000 cars.  Unknowing thieves see these locations and the cars as easy targets (even though we know the cars can be easily tracked, thieves wouldn't necessarily be aware of this Model S features).  Heck, thieves can just camp out nearby and wait for the next Tesla to show up.

Our advice? Forget the car. Plug it in to charge and get the heck out of there. Walk into the nearest coffee shop or mall or whatever is close by. Don't stay in the car, especially at night.

Any other words of advice to avoid unfortunate events such as this?