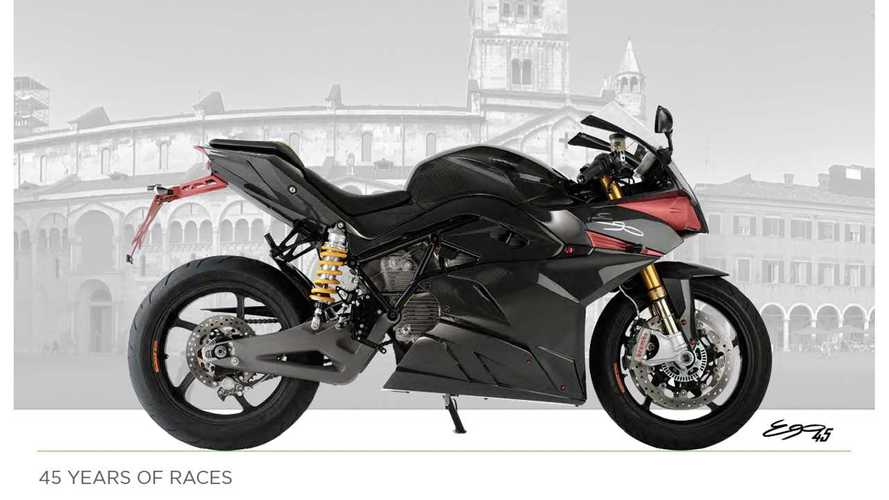 For those of us who are getting increasingly excited about the Energica EGO release announced for this coming year, and haven't been one of the lucky ones to take delivery, we got a little tease - Energica posted a PDF catalog online, here, with some interesting details on the company history.  Here's a little taste:

It all started in post second World War Italy when Roberto Cevolini’s father, an inventor, made his mark by helping to rebuild his homeland. War-torn Italy could not be rebuilt because there was a shortage of materials, most notably bricks. Cevolini invented a machine that could reconstitute old bricks from bombed-out buildings by refurbishing them into a new shape to be reused and thus helped the rebuilding efforts.

Roberto Cevolini learned from his father and in 1970 started Roberto Cevolini & C. snc. The company’s focus was on the production of bleeding edge components for Formula 1 racing.

In 1996, with the apple not falling far from the tree, Roberto’s son Franco, who held a degree in materials engineering, formed CRP Technology - an R&D division of Roberto Cevolini & Co. The company developed proprietary knowledge in investment casting and then began to develop 3D printing processes, inventing the “Windform” material that revolutionized the 3D printing world.

In 2003, Roberto Cevolini srl merged with CRP Technology to form one of the greatest companies in high-end automotive engineering. Racing operations came under their own division as demand and business kept growing, leading to the formation of CRP Racing in 2006.

When European racing speed wasn’t enough, CRP USA was formed in 2008, diving head first into the heart of stock car racing. Today, the company has grown into three groups – CRP Meccanica, CRP Technology and CRP Service. All three work together as a team to collaborate with Energica Motor Company and CRP USA, forming one of the world’s leading-edge, high-performance automotive companies. Through this synergy, the idea for the next big thing in high technology and speed was born – Energica: the world’s first Italian racing-bred electric superbike.

Well, okay, there are a whole lot of very detailed specs included in there too, including some more information on the charging systems and connections available in the US and Europe, details we didn't have when we reviewed the bike this summer.

Perfect for that mid-winter, sitting by the fire, dreaming about the summer riding season session, don't you think?