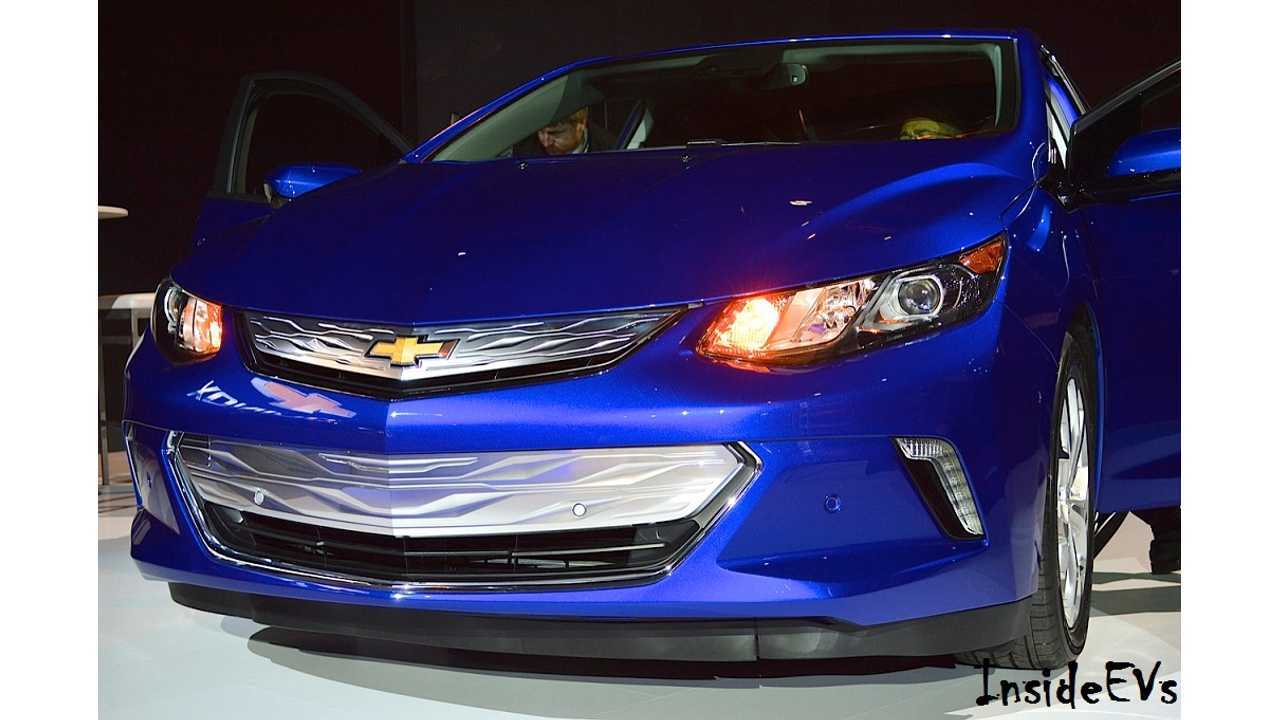 Another Look At The 2016 Chevrolet Volt From Chicago (Image: Mike Anthony/InsideEVs)

We go to a lot of auto shows.  So far this year, we have already made it to 4.  Last year, an even dozen.

However, the 2015 Chicago Auto Show, was our second chance to poke and prod inside the 2016 Chevrolet Volt ourselves.

Billed as the "nation's largest auto show", the 2016 Chevrolet Volt is now on display in blue through the 22nd.  Unfortunately, it is still currently off limits to the public, but we got a chance to superficially scuff up the car again along with other journalists on Thursday.

Editor's Note:  After the 2016 Volt's debut in Detroit (photos), we also saw the 2016 Volt earlier at the Washington car show, and this past weekend at the Canadian International AutoShow (yes, it's one word in Canada) in Toronto.

Of interest:  The 2016 Volt is on display along with the (only) copy of the Bolt EV Concept through this Sunday (February 22nd) if you are in the area...but bring a jacket, it is hella cold.

You can find all the details of importance on the 2016 Chevrolet Volt that now features 50 miles of all-electric range and a combined 41 mpg of fuel efficiency in extended range mode here.  The car will go on sale in the second half of 2015.

We anxiously await an opportunity to get the next generation Volt on the road for a test drive, but until then, here is some live pictures of the plug-in Chevy from Chicago.  (We will also have a little video blog from the inside of the 2016 Volt online shortly)

2016 Chevrolet Volt Back Up On The Stand In Chicago (Image: Mike Anthony/InsideEVs)

On The Scene At The Live Media Announcement For Bolt Production (Image: Mike Anthony/InsideEVs)