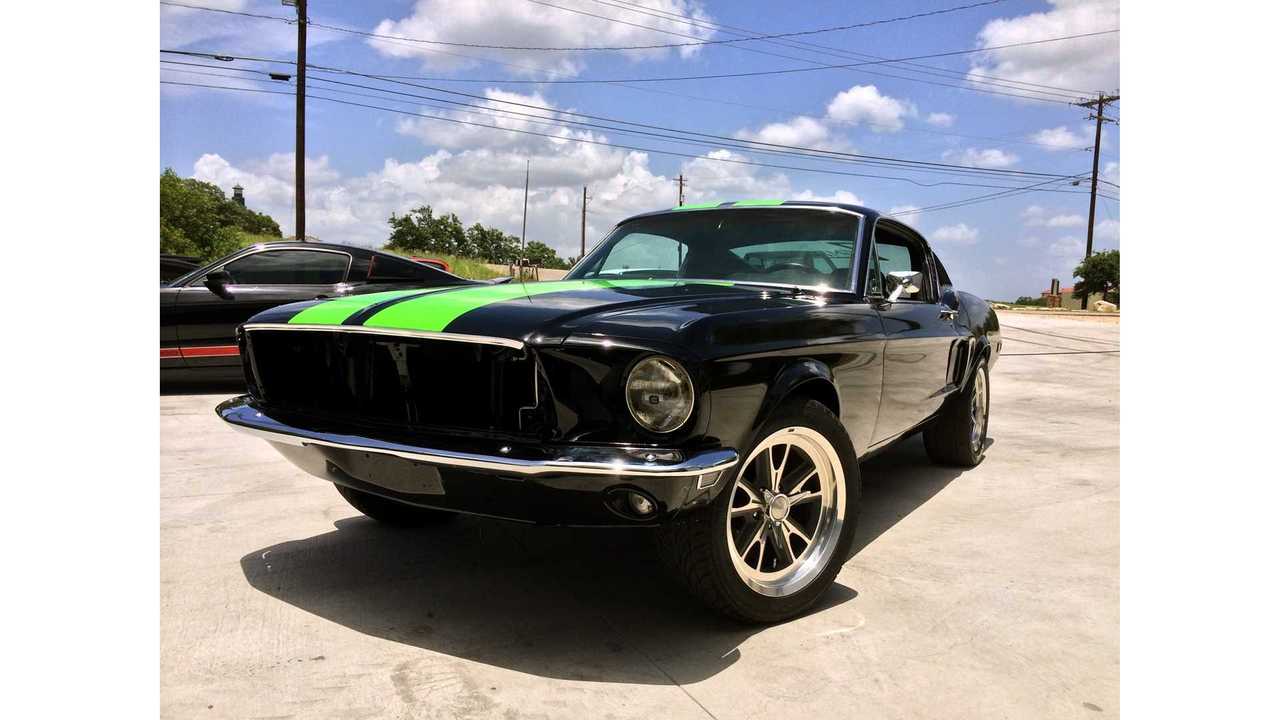 Here's the record from The Texas Mile's official report:

FASTEST ALL ELECTRIC VEHICLE: Mitch Medford had an incredible weekend. Not only did he set a new all electric record at 174.2 MPH but his car was also voted Hottest Car and Most Exotic by Texas Mile fans and he won Most Likely to get a Date at The Texas Mile Car show! Mitch beat the previous all electric record of 155MPH held by John Metric.

At this point, we're going to assume you've seen the story on The Verge about the Zombie 222 absolutely shattering the record at the Texas Mile. The very best part of that piece is the video, posted below - settle in with a cup of coffee, and enjoy a little over 15 minutes of some of the best motorsports storytelling you'll see anywhere.  That story is hard to top, as far as a good picture of the car and where it came from goes.  But we're EV geeks, over here at InsideEVs, and there's more to the story that needs be told.

First, there's the battery pack.  This beast just flat-out delivers enough power to melt almost any motor on the planet: 1.5 megawatts, to be precise.  Depending on how you convert it, that figures out to at least 1200 horsepower.  The pack and BMS is designed and built by High Tech Systems, LLC, AKA Derek Barger, pack builder to just the fastest electric race machines running.  The packs he shows on the site are built from A123 cylindrical cells - the fairly legendary ANR26650, but it's not at all clear if he's still using those (presently unobtainium for normal people) cells.  Those little blue LED lights are part of the BMS, a top-mounted cell-by-cell system of his own design.

So, what kind of motors is he running, with that kind of power on tap?  Twin 11" Netgains, with, we suspect, some serious work to at least the brushes, if not the windings.  Here they are, soon after making their arrival to the shop:

There's some work going on for sure, but we're not entirely clear on what it is:

...and, of course, they need to be color-coordinated.

Netgains in the paint shop

The controllers?  Zilla, of course:

And folks, this is Texas.  (Austin, but still... )  One doesn't leave the motor compartment looking all, well, unattractive.  Here's the complete drivetrain, all gussied up:

All this comes together as, what the main motivating force behind the project, Mitch Medford, calls "the vision of ultra-high performance, vintage cars that are all electric" and "the ultimate muscle in a muscle car".  His goal?  To build more, for those buyers who want to indulge in "the guilty pleasure of owning a car nobody else has".  Because Tesla?  "...Teslas are now commonplace".

Check out the Zombie main site here.  There's another, slightly different angle on the story from TransportEvolved, here.  The Zombie 222 Facebook page is here, where you can witness Mitch corrupting the Youth of America (in the best possible way).

Kids and cars... corrupting youth, via the Zombie 222 Facebook page

...and here's likely the view most people at the track will see of this car (but without the "eating dust" part):