German Plug-In Electric Car Sales Up 84% In January; Volkswagen Takes 1/3 Of The Market 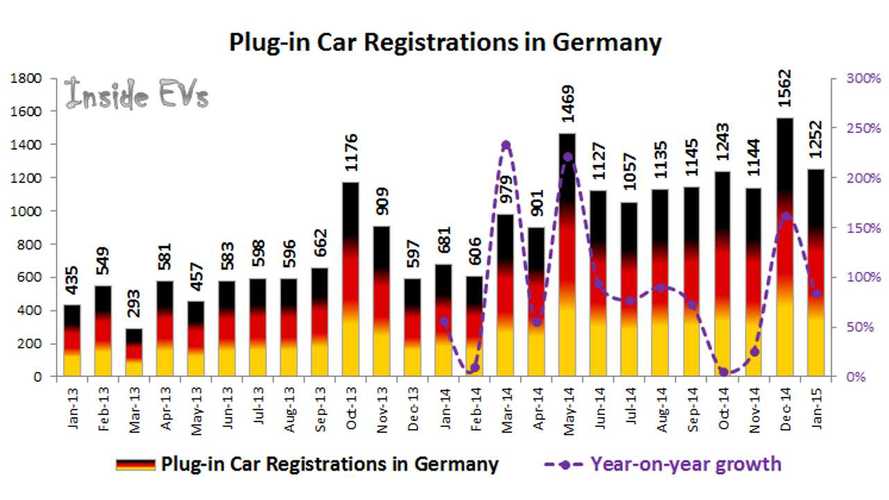 Plug-in electric car sales in Germany began the year 2015 with solid growth. Official data is indicating 1,252 registrations (up 84% year-over-year) and for the second time in a row 0.6% market share (highest ever).

Sales are divided between all-electric cars and plug-in hybrids almost 50/50.

The Volkswagen Golf GTE in January had the highest number of registrations (253), and together with e-Golf (132) and e-up! plus several Passat GTE PHEVs, Volkswagen got one-third of all plug-in electric car registrations!

BMW i3 was second in model rank with 138 registrations (68 all-electric).

The big surprise is Kia Soul EV in fourth with 129!

The electric smart, the best selling all-electric car in Germany in 2014, had just 64 registrations in January.

Tesla Model S is in the middle of the pack with 57 registrations.