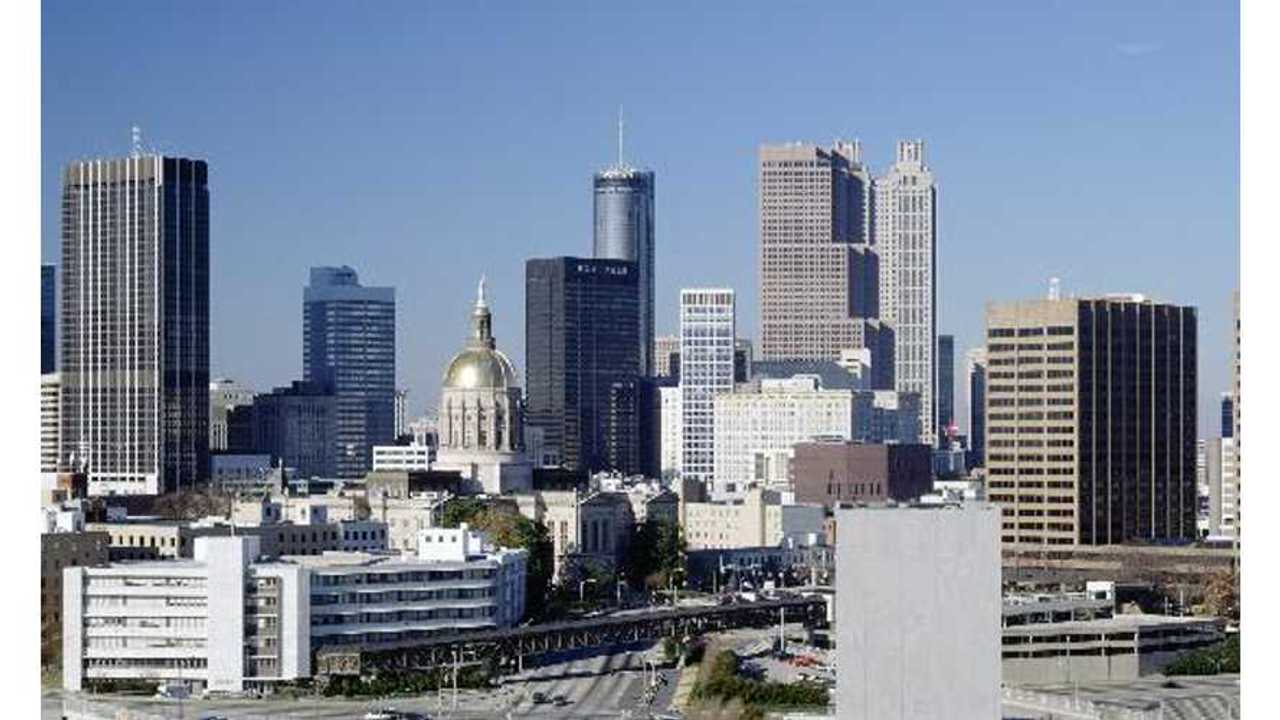 Over a month ago, this flyer was circulated throughout Georgia in an effort to counter the passage of HB 170

In the very last moments of Georgia Legislative session, both the House and the Senate have passed HB 170 and it is now heading to the Governor's desk to be signed.

Georgia was looking to fund a budget deficit in transportation spending and a great way to do that is to kill the Zero Emissions Vehicle (ZEV) Credit. Georgians have really enjoyed the best tax credit in the country of $5,000 since 1997, however the real impact began with the introduction of US-built Nissan LEAF. (Yes Colorado has a $6,000 credit, but it does not apply to leases). With the help of the credit, Georgia quickly became the fastest growing electric car market in the nation. Everyone knew that the $5,000 was very generous and during this session another bill was introduced to reduce the amount/expand the credit to PHEVs and sunset it by 2019. That bill was never passed and the transportation bill took over as ZEV Credit Killer.

If the loss of the credit is not enough, Georgia enacted a new annual EV 'license fee' that will require EV drivers to pay $200 annual road use fee. No one argues about paying a fee, but at $200 that is equivalent to driving a large SUV

Some EV drivers in Georgia have pledged to fight the $200 fee in court once the bill is signed but the loss of ZEV credit will impact EV sales for the foreseeable future.

** Note: Huge thanks goes out to Atlanta Electric Vehicle Development Coalition and to the following:

Editor's Note: Also check out this local report by Abbey Jessen on some of the efforts (and hurdles) on the ground that EV proponents have been facing, as well as comments by Rep Chuck Martin - HB 122 sponsor (part of HB 170) who isn't convinced EVs have much environmental benefit
++
Got a tip for us? Email: tips@insideevs.com