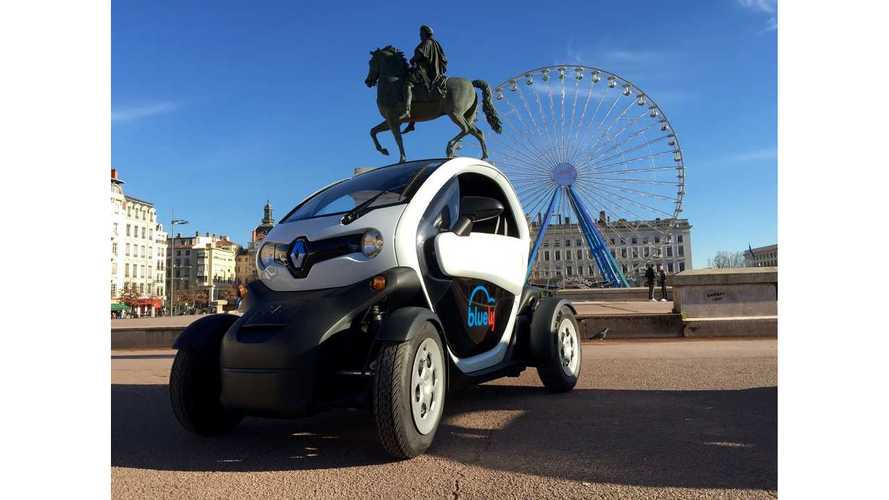 During the ceremonny of the deliveries of Twizy, with P. Buros, Managing Director of Renault France, V. BOLLORE President of BOLLORE group, and the Mayor of Lyon, G. COLLOMB

Subscribers to the Bluely car-sharing service can now drive one of the 30 Renault Twizys available in the Lyon region network. By the end of 2015, there'll be 110 Twizys in the Bluely (Lyon) and Bluecub (Bordeaux) networks, along with Bolloré's Bluecars.

Inclusion of Renault electric cars in the Bolloré car-sharing fleets is the first concrete outcome of the partnership signed by the two French groups in September 2014 (see text box). A joint venture was formed under the partnership with the purpose of developing full electric vehicle car-sharing solutions.

The Twizy Bluely fleet will be serviced in the expert hands of the Renault Retail Group's Lyon Sud dealer network."

Before Renault Twizy could be added to Bolloré's car sharing service it needed to be adapted for the system, which means both connection to the subscription and call-center system and charging. Standard Twizy is equipped with a home plug, while Bluecar has J1772 inlet and J1772 charging stations, so Twizy got the female connector too.