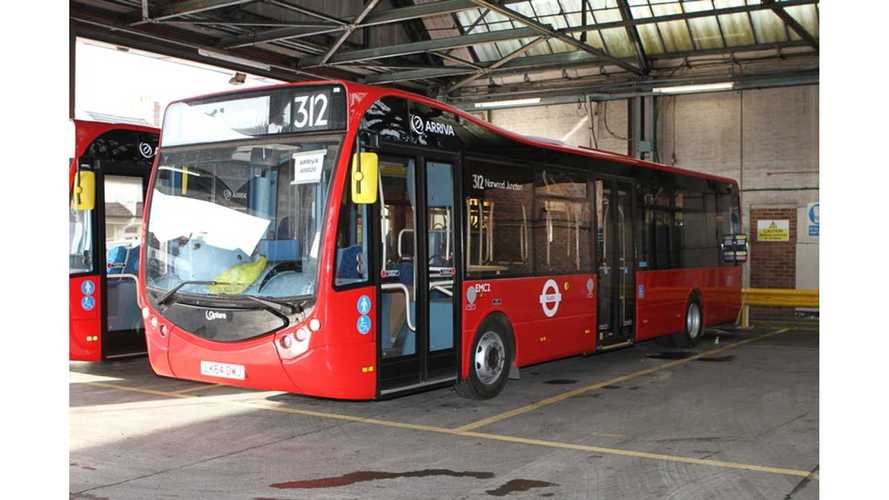 London will get its first all-electric bus route as Arriva London decided to electrify route 312, which runs between South Croydon and Norwood Junction.

312 already has two Optare MetroCity EVs being tested to see whether they can stand up to the rigors of operating in an intense urban environment and Arriva London placed an order for another seven.

9 electric buses should be able to entirely replace conventional buses.

Transport for London (TfL) expects that the current number of 8 electric buses in London will grow to over 300 in the next five years.

“We are delighted that Arriva has chosen to purchase a further seven buses following the success of the MetroCity Optare fully electric buses currently operating on route 312.  This order marks the first order of electric vehicles to be solely funded by a London operator.  With zero emissions at tail pipe, these vehicles demonstrate that fully electric bus technology has very much arrived and is a commercially viable solution to improved air quality in London.”

“We are one of the biggest bus operators in London, providing around 18% of the capital’s bus services under contract to Transport for London. Following an initial trail of the Optare fully electric vehicles on route 312 we were satisfied that the technology was robust enough to stand up to the rigours of operating in an intense urban environment and are pleased to be the first operator in London to be offering a fully electric route.”

“This is an exciting new milestone for our bus fleet, which is already one of the cleanest in Europe.  We currently have eight electric buses in the TfL fleet and this number will grow to more than 300 by 2020.  London has always been at the forefront of adopting and trialling new green technology and these buses are a welcome addition to the fleet.”