BMW i8 Wins World Green Car Of The Year 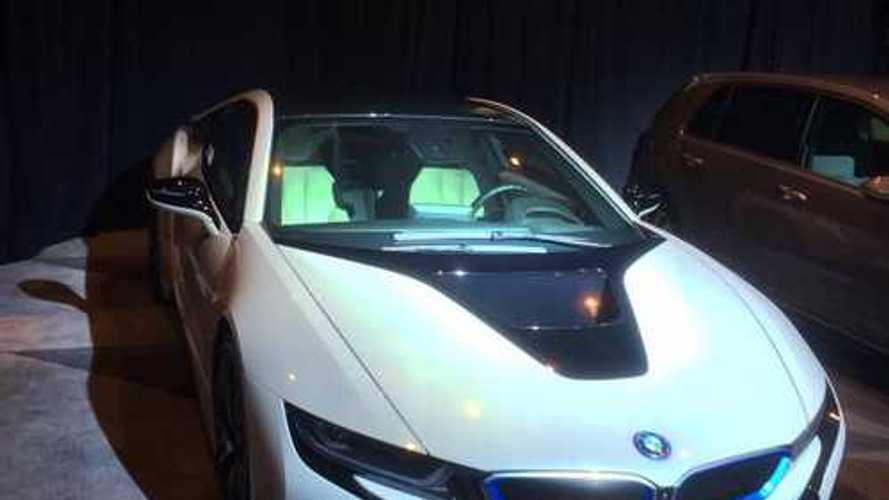 The three finalists for the title of 2015 World Green Car Of The Year were the BMW i8, Mercedes-Benz S 500 Plug-In Hybrid and the Volkswagen Golf GTE.

The winner, announced just moments ago at the 2015 New York Auto Show, is the BMW i8.

Some background info on the i8:

The innovative vehicle architecture of the BMW i8 comprises two elements: the Life module, the passenger cell made of carbon fiber reinforced plastic (CFRP), and the aluminum Drive module, which incorporates the entire drivetrain and chassis technology. The i8′s layout of chassis and passenger cell is a bit different than the i3′s.. The i8 uses a smaller battery pack and it goes into a central tunnel – again kept as low as possible. The tunnel splits the driver and passenger side of the car. It looks like a central backbone design with sub-frames fore and aft for motors and suspension.

Out of the three finalists it's clear that the i8 deserved the win. It's far more innovative than the other two offerings, both of which are converted ICE cars versus the i8's ground-up, all-new design.

Congrats to BMW for winning this coveted award.