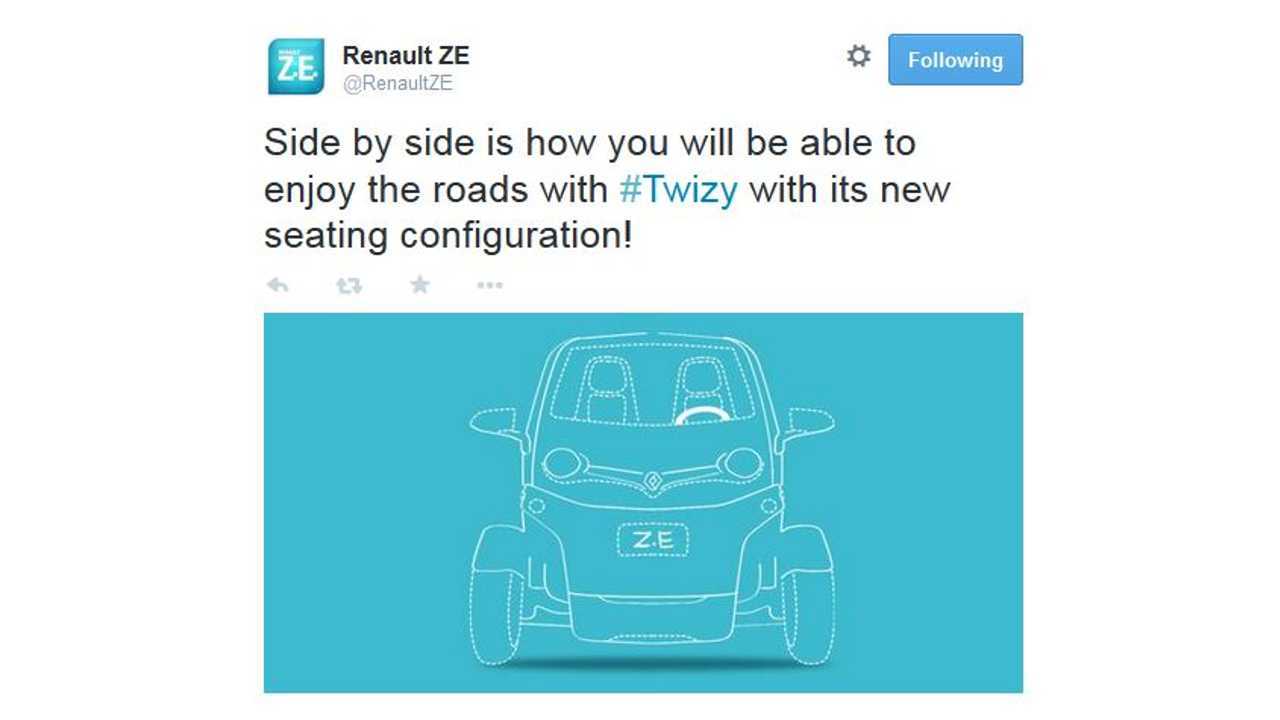 If it weren't April 1, we'd say Yay! to Renault's announcement that you'll now be able to sit side-by-side in the electric Twizy instead of one up front and one crammed in the back.

Renault's side-by-side announcement has actually fooled quite a bit of folk already, most of whom "love" the new seating configuration.

But honestly, this side-by-side setup would be much more desirable than the seating configuration in the current Twizy.