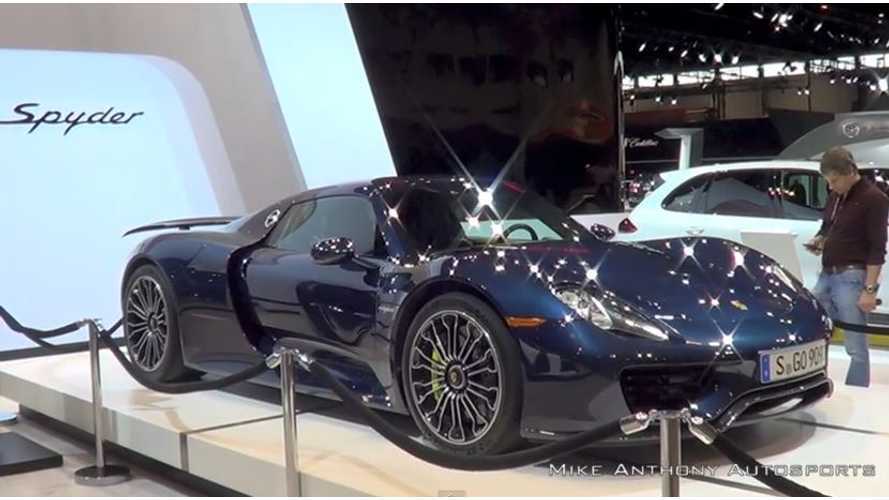 From the 2015 Chicago Auto Show, we present video of the uber-expensive, but spectacular Porsche 918 Spyder.

It's not often we see the 918 Spyder on display, so finding it on the stage in Chicago was a pleasant surprise.

Just as a reminder, the Porsche 918 Spyder, a plug-in hybrid supercar can go from 0-60 MPH in 2.5 seconds while supposedly “greener” then a Toyota

Cost?  Only around a million dollars; but even if you happen to have that kind of loose change hanging you can have one, as all 918 copies are now sold out.