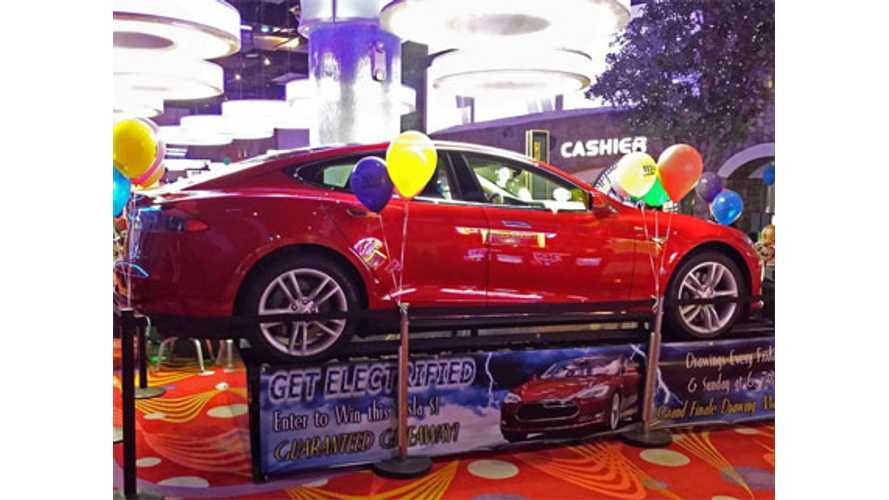 Siena Spa Hotel & Casino had a promotion, "Guaranteed Tesla Giveaway", where a drawing was done to see who would take home this brand new Tesla Model S.

A California go-er, Ken S., was the lucky winner of this electric car! The drawing took place in late March at the casino, where hundreds of people gathered for the event.

We can imagine how much of a shock Ken was in, as he made numerous calls to friends & family repeatedly stating, "I can't believe I won the Tesla!".

The Tesla Model S drawing is over with, but this so called "Tesla Triple Spin" from the casino will have weekly drawings 'til sometime in June. (Further info here.)