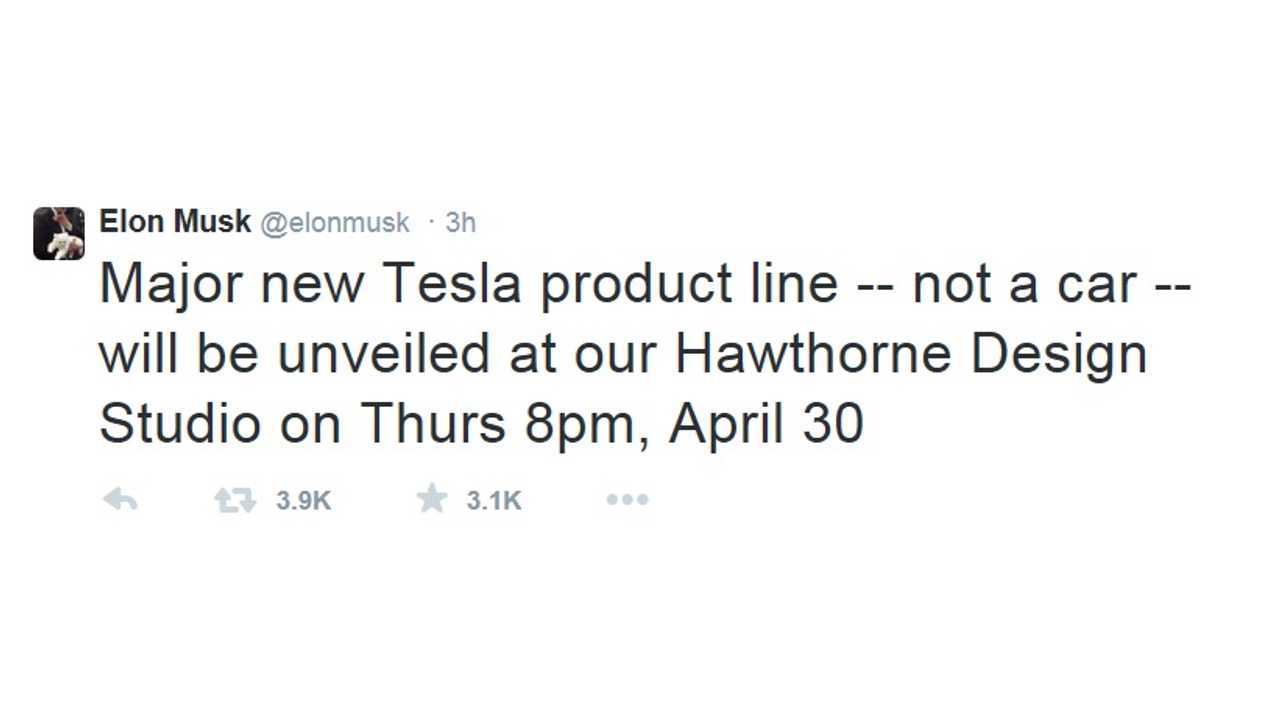 New Major Non-Car Product To Debut In April From Tesla

Tesla CEO Elon Musk took to his favorite source to disseminate breaking news (Twitter of course) on Monday to announce a "major new Tesla product line" will be debuting on April 30th at 8pm PT from the company's Hawthorne, California Design Studio.

Mr. Musk stressed that it was "not a car" in the tweet.

No other hints were dropped at what this new product line could be by the CEO, but we are still free to speculate.

The most obvious choice would be standalone battery packs/"home energy storage" packages  that are designed to independently power your home (or office) if need be.

Of interest, Solar City (sister company to Tesla) already has a pilot "home energy storage solution" project running in conjunction with Tesla batteries and their own solar technology to over 300 clients today, and has promised to have that project be available to the masses by "late summer" with an announcement coming "mid-2015" with all the finer details.

We think it is a good bet that Elon Musk's announcement of an announcement in April will be related to this project.

In theory, this system could also allow for much higher speed residential/charging to the Model S (or future Model 3) with the aid of an external/auxiliary battery.

Then again, maybe it is just a line of Tesla-themed leisure wear, or personal use,  James Bond inspired electric submarines.