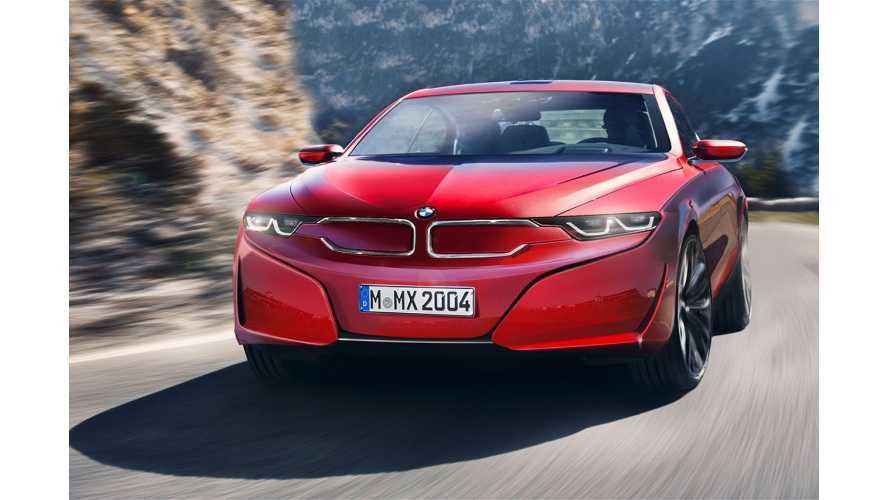 The rumormill churns out new info on the BMW i5. The long-time rumored midsize electric car has been mentioned before in the same sentence with the Tesla’s Model S, but has gone from an electric car to a hydrogen-based drivetrain several times.

Now, according to CAR, the i5 or i7, whichever name BMW will settle on, would arrive in 2018 and it’s known internally as the F18 PHEV project.

It’s based around the long-wheelbase four-door 5 Series architecture designed for China; the stretched platform helping accommodate the bulky batteries required for these vehicles, as well as liberating extra space for bodies. The suspension, steering, brakes and the basic packaging is said to be imported from the upcoming G31 5 Series, while the drivetrain of i5/i7 has evidently been inspired by the i8.

The layout actually is allegedly like an i8 with the combustion engine up front and the main e-motor in the back. Although it is labelled PHEV, is in fact a REx. The i5/i7 boasts two e-motors. Depending on the driving situation and the momentary performance duties, it can be electric front-wheel drive, electric rear-wheel drive or petrol-electric all-wheel drive.

The front electric motor develops 204 hp, while the motor in the back is good for 95bhp, sources say. This brings the aggregate target output to 400kW or 544 hp.

The design has not been finalized and the design team seem to favor a mix of current 6 Series Gran Coupe and the new 7 Series.

If 2018 is the target launch date, we believe a concept could appear as early as next year.

*Editor's Note: Confused?  Yeah, so are we.  It seems CAR is taking some guesses and the end result is a vehicle that is far too complex and in no way competes with a Tesla Model S.  Gas engine = Not a Tesla competitor.