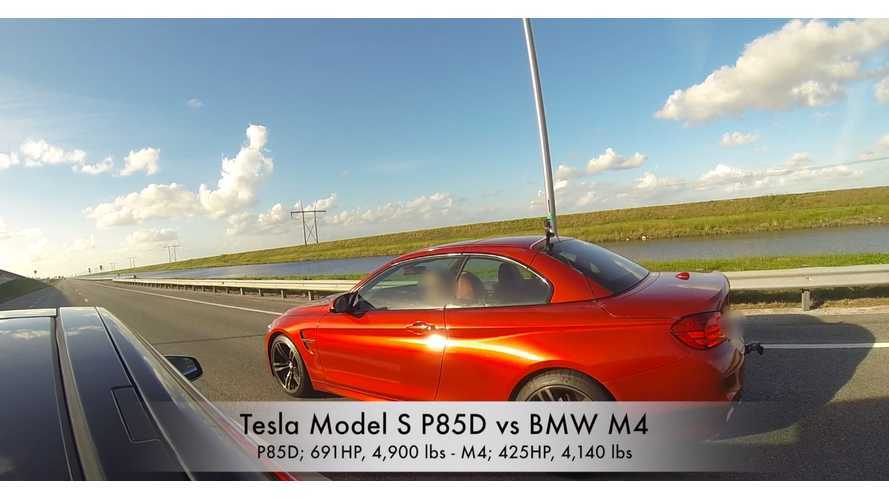 Tesla Model S P85D is at it again. This time it's drag racing a new BMW M4!

Undoubtedly, these are 2 cars aren't alike, though it seems like every vehicle wants to take a shot at the Model S P85D.

We highly suspect that these few races against the P85D are only the beginning and that there will be tons more… Enjoy!

*Editor's Note: Racing is strongly suggested to be conducted only on the race track. Not on public roads.