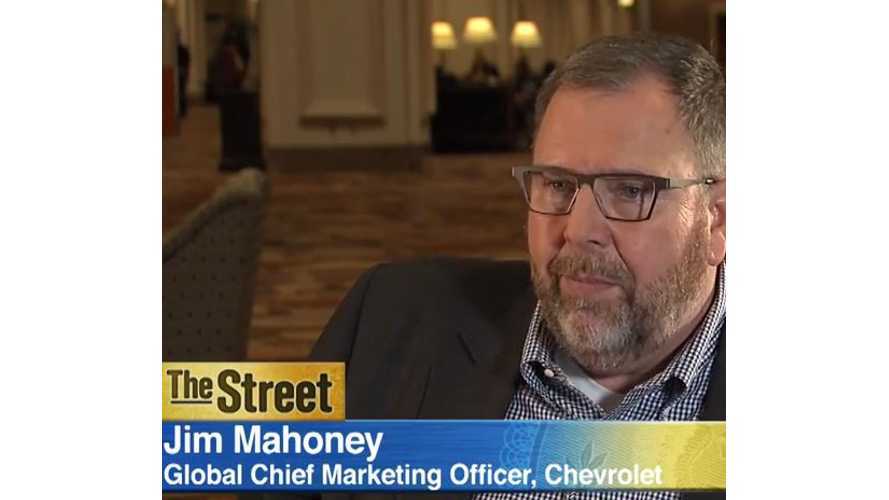 Chevrolet's global marketing chief, Tim Mahoney, sat down with The Street for an interview following the reveal of the 2016 Chevy Volt at CES 2015 in Las Vegas.

Mahoney doesn't reveal all, but he does state that the 2016 Volt will come with 4G LTE connected technology and that the next-gen Volt's center dash display will bare a bit more resemblance to the impressive unit found in the Tesla Model S.

"Chevrolet will officially unveil the 2016 Volt at the Detroit Auto Show but gave the media a preview of what it will look like on the eve of the start of CES 2015 in Las Vegas. Chevy’s Global Chief Marketing Officer Tim Mahoney says from the outside the vehicle’s most apparent changes are in styling and design but there will also be new technology offerings on the inside that car enthusiasts will likely be excited about. Mahoney says one of the biggest tech additions to the all-new Volt will be 4G LTE connected technology. While Mahoney stopped short of saying the new control panel on the dash in the Volt will look like the Tesla Model S but he did say it will be more ‘iPad-esque.’ Mahoney calls the addition of connected technology to 16 of Chevrolet’s models, from the Spark all the way up to high-end Silverado trucks, the ‘democratization of technology and creates accessibility’ across all of its auto offerings. TheStreet’s Ruben Ramirez reports from Las Vegas."