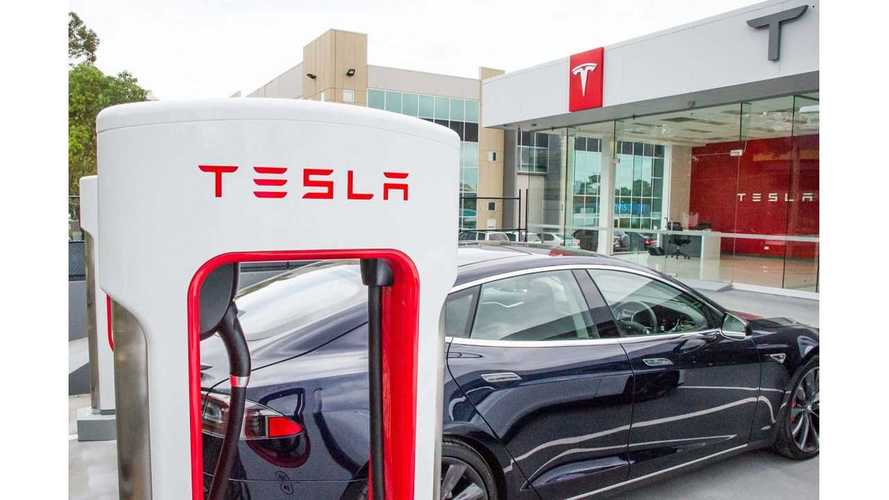 Perhaps no previous quarterly report from Tesla has been more anticipated than today's.  Did they beat estimates?  Did Tesla hit Model S sales forecasts, but more importantly is the Tesla Model X, Model 3 still on track?  What will the guidance be for 2015?

For some of those questions we now have answers.

After the bell on Wednesday Tesla reported a loss of 11 cents per share or $16 million dollars.  The street had been expecting around 30 cents a share on $1.23 billion worth of revenue, to which Tesla logged $1.1 billion.

Margins held at 26.7% for the quarter, while the average transaction price went up with the introduction of the Model S P85D, but not as much as expected given the recent strength of the US dollar.

Of note:  Inside Tesla's sales of the $1.1 billion, $42 million came via powertrain sales to Daimler in conjunction with the Mercedes-Benz B-Class ED, and also $86 million in regulatory credit revenue, "of which $66 million came from the sale of ZEV credits"

Tesla Produced On Revenue and Margins

During the last quarterly update, full year expectations were ratcheted down by CEO Elon Musk, saying that production (and therefore sales were "constrained by the complexity of launches related to dual motor and autopilot hardware".

Tesla pegged full year sales of the Model S at 33,000 units, and with 21,821 already delivered through 3 quarters, that meant Tesla had to have their best quarter ever, selling 11,179 cars to make full year projections.

"While we were able to recover the lost production by end of the quarter, delivering those cars was physically impossible due to a combination of customers being on vacation, severe winter weather and shipping problems (with actual ships). As a result, about 1,400 vehicles slipped Decemberand were delivered in Q1."

For those playing the home game, and watching our monthly scoreboard, where we estimate Tesla Model S sales based on the data we collect each and every month.  We pegged Tesla at 17,300 units for 2014 in North America.  So +1 to us...back-pats all around!

We'll just go ahead and assume that when Tesla says "about 55%" they mean a little under.

"The APAC region represented about 15% of our deliveries for the year, and the remaining 30% of deliveries were to Europe, where delivery volume more than doubled from a year ago. Since we remain production constrained, we manage regional deliveries to balance customer wait times globally."

Tesla slightly increased guidance, depending on your prospective, by saying they expect to deliver 55,000 Model S AND Model X SUVs in 2015, while skewing the mix to 40% for the first half.

"First quarter production is expected to be about 10,000 vehicles due to it being a shorter quarter than in Q4 and approximately a week of factory downtime to allow the workforce to rest and tooling upgrades. Cars in transit to Europe and Asia must grow to support those markets, so we plan to deliver approximately 9,500 vehicles in Q1"

Given the large miss on the sales numbers, Tesla returned to giving out a statistic long since abandoned to prove that the shortfall was not a demand issue - reservations.

Foreshadowing a gloomy report, Reuters broke news that CEO Elon Musk was not-at-all happy with the results in China and sent out an email to managers threatening firings and/or demotions to those not living up to expectations.

The Q4 report was not nearly as dark:

"Despite initial challenges in China, we remain convinced of the vast potential of this market and are concentrating our efforts on the cities we are in currently, before launching into new cities. Our China initiatives include simplifying the buying process there by having Tesla personnel install charging points at customer homes or businesses well before vehicle delivery.

We now offer a turn-by-turn navigation option in China that we provided retroactively through a remote software upgrade to all our customers with appropriately optioned cars, and we believe our new executive seats and second row center console will be quite popular with new China customers."

The Wait To Lay Eyes On A Production Intent Model X Continues (Above: An early prototype was shown this January at CES)

Tesla states that first deliveries are still expected to come in six months time, and that 30 Beta models are now in operation.

The company still however does NOT give out any timelines to actually see their production-intent all-electric SUV anytime soon - other than to note it won't be happening until at least April.

"In March, we will start building and testing a small fleet of Release Candidate Model X vehicles that will be very close to the final production-intent design. Finally, since Model S and Model X will share the same dual motor powertrain, the introduction of All-Wheel Drive Dual Motor Model S helps reduce some of the risk that would otherwise have been associated with the launch and production ramp of Model X."

Update (from conference call):  In a somewhat bizarre move, Tesla CEO Elon Musk says the Model X will not be shown until deliveries commence due to unannounced features.

One area that Tesla is able to control handily in the past is it's Supercharging network, and it appears its expansion has, and will, continue to grow steadily.

High-power wall connectors have also been received well at public and private places of interest/high traffic.

"As an extension of our Supercharger network, hotels and popular destinations have been installing our high-powered wall connectors at such a rapid pace that we are now coordinating these efforts as a Destination Charging program. Almost 900 locations in Asia and North America currently have 1,600 Tesla connectors installed. We plan to expand the Destination Charging program into Europe in Q2 of this year."

No specific update was given on the report itself...stay tuned for conference call.

Update (conference call):  Indeed the Model 3 was touched on.  The CEO said that the Model 3 won't have any extreme features, signalling a departure of sorts from pervious expectations.  This lack of extremeness will mean that it can make it to market in the second half of 2017.

We expect to hear more about the Gigafactory and subsequent Model 3 production this evening during the conference call (which we will also cover directly), but in the meantime Tesla made this statement officially:

"Construction activity is proceeding to plan at our Gigafactory near Reno, Nevada. Significant steel fabrication of the structure started about two months ago. We remain on plan to begin equipment installation later this year and for the start of battery pack production in 2016, in partnership with Panasonic."

Tesla shares traded lower  by about 3% in early action after the report, and opened close to 9% down.  Check out a real-time quote here.