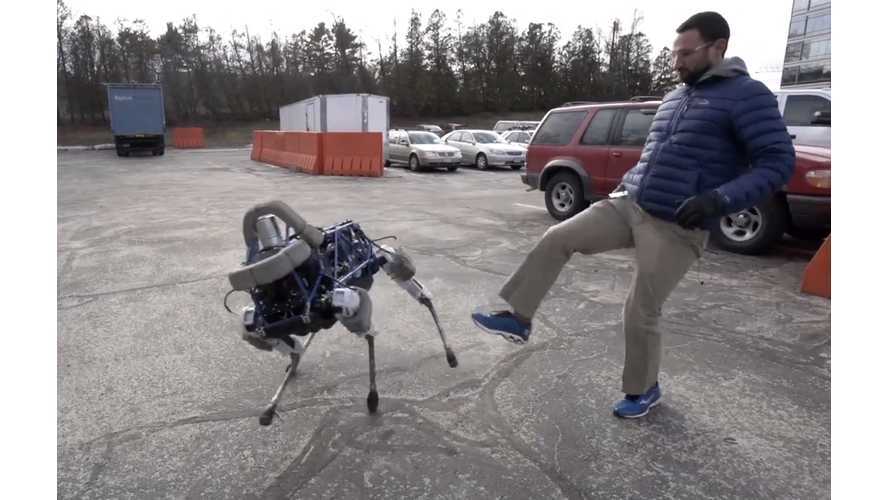 The same folks who brought you Big Dog, Wildcat, Atlas and other robotic (and mainly gas-powered) marvels just released a video of Spot.  And then kicked Spot.  And it's all fun and games until Spot goes and gets some friends, which he does in this video.

Of course, they were only trying to demonstrate how stable and self-righting the mechanism is.  Yeah right.  Tell that to the Robot Overlord when he sits you down and asks, "...so, what about Spot?"

Kidding aside, the way the bot recovers its balance is remarkably reminiscent of watching a leggy dog, or deer trying to regain its balance.  This is the latest from the DARPA-funded (as well as other agencies) company that is developing several approaches to legged robotics, as well as some fairly cute little wheeled jumpy devices as well.

This is one of the first large bots that's not powered by a gas motor, and interestingly, at about 1:54 Spot kicks Big Dog's gas-powered butt in a hill-climbing race.

If you like this video, you'll love the Boston Dynamics channel, here.

As for what Tesla CEO Elon Musk thinks of Spot, he asks/wonders, via Tweet, "What are the civilian applications?"